A Maryland woman charged with setting fire to her home with a person inside is accused of watching it burn from a chair on the front lawn before leaving, authorities say.

The Delaware News Journal reports that witnesses heard a screaming female in the basement of the burning home in Elkton and helped her out of the house.

An image captured of the fire shows flames consuming the house on Cherry Lane in Elkton as 52-year-old Blenda Holbrook finds herself trapped in the basement before a pair of men pulled her from a window.

Holbrook’s sister, Pat Bernal, says someone had tossed a trash can on the stairs blocking her path to get out.

“She almost burned to death in that house, and I’m just really thankful she’s okay,” said Bernal, “When she was talking to me, she said, ‘Pat, it burned my hair. It singed my hair, and he lost everything.”

Investigators with the State Fire Marshal’s Office quickly focused in on a resident, 47-year-old Gail Metwally, as a possible suspect.

Bernal says Metwally had recently returned to the home after being confined elsewhere for mental health issues and repeated pleas to authorities in recent months to address her ongoing behavioral issues had gone ignored.

“During this COVID, they were renting a room from him from what I understand, and he couldn’t put her out, because of COVID, but what does it take?” asked Bernal, “I’m just really thankful to the two guys that helped her out of that basement, because I don’t think she’d be here today if they hadn’t helped her.”

Metwally is being held on multiple arson-related charges including attempted murder.

Deputy State Fire Marshals say a total of four people resided in the home, including Metwally who was renting a room with her boyfriend. Two were not home, while the third was still inside when Metwally committed the arson. 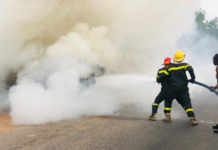 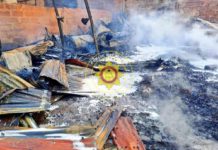 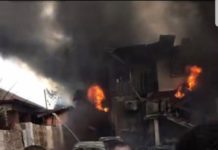