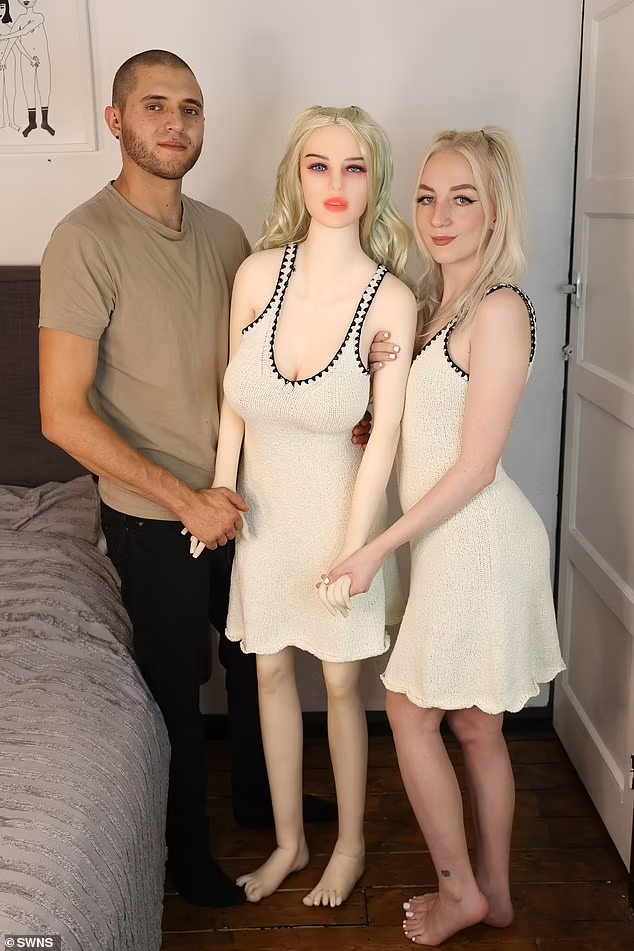 A woman who got tired of her boyfriend’s high libido bought him a sex doll that looks exactly like her .

Charlotte Grey, 23, could no longer stand her boyfriend, Callum Black’s high libido before she took the decision.

The couple, of Lillington, Warwickshire, have now introduced the life-like doll – which they call Dee – into the bedroom to ‘spice things up’. And they say she has ‘set their s3x lives on fire’.

She then purchased Callum the 1.5k doll.

The couple, who have been together for four years  now treat ‘Dee’ like a real person, dressing her in white lingerie and dresses, taking her out on car rides and watching their favourite show The Inbetweeners together.

They say the reaction to Dee can be negative online but they ‘don’t care what anyone thinks’ as it ‘works for them’.

‘It was a joint decision to buy a sex doll, but it was the best decision and has definitely improved our sex life.

‘It’s great because Callum has a high sex drive and if I’m not in the mood he’s got Dee there.

‘We both love experimenting with her – and she regularly joins our steamy sessions too.

‘She’s not just a doll – we’re really attached to her.

‘She’s helped to strengthen our relationship – and set our s3x lives on fire.’