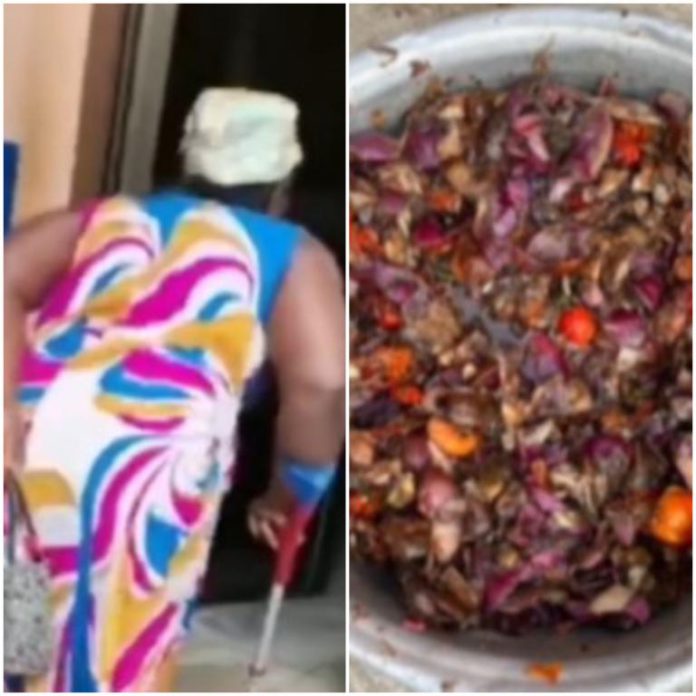 A 58-year-old woman has been arrested in Koforidua in the Eastern Region for allegedly using unwholesome ingredients to prepare hot black pepper sauce, well known as shito, for public consumption.

Elizabeth Arthur is reported to have been gathering disposed shito ingredients like rotten tomatoes, onion and ginger peels among others from food joints in the community.

She then takes the worms and maggot-infested chunks to a mill machine to grind them together for the preparation of her unhealthy product.

Residents who had observed her for a long time decided to keep a close eye on her out of curiosity to unravel what she uses the blended ingredients for.

To their surprise, they discovered that madam Arthur has been selling the waste products as shito to members of the public at a popular kenkey joint in Koforidua.

She was arrested and taken into custody at the Koforidua Central Police station where she’s assisting with investigations.