President of the Conference of Heads of Assisted Secondary Schools (CHASS), Yakubu Abubakar, says the level of indiscipline in Senior High Schools had gotten to the point where school heads of various secondary schools feel that the prohibition of corporal punishment emboldens students to misbehave.

“From breaking common school rules, using of hard drugs, pushing down school fence walls, engaging in physical fights with knives and cutlasses inflicting several cuts on themselves, and vandalizing teachers,’’ he bemoaned the indiscipline schools are faced with.

He said this while giving his speech at the 59th Conference in Bolgatanga in the Upper East Region on the topic, ‘Discipline and Child Rights in Our Senior High Schools: The Fate of the School Heads’.

“Are we in the dilemma of spare the rod and spoil the child?’’ he rhetorically asked.

He again touched on the issue of lack of funds for Senior High Schools in the region.

The Vice-Chancellor of the C.K. Tedam University of Technology and Applied Sciences, Professor Eric Magnus Willmont, also in his speech during the Conference, urged heads of schools to find other ways of instilling discipline in the students.

“Establish guidelines, school or classroom rules for behaviour in order to prevent indiscipline among students,’’ he said.

In attendance were various Heads of Senior High Schools, teachers, stakeholders, and education unions among others. 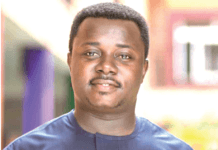