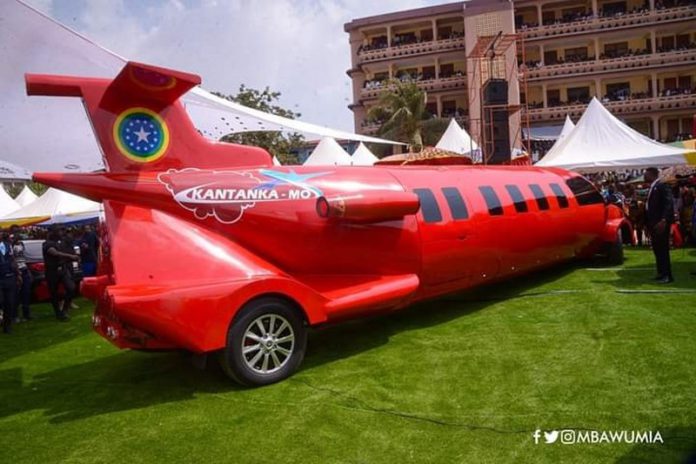 According to him, his father had always been the type that would always want to be the first to invent something unique into the world.

“The main focus of my father is to always do something that has never been done before by anyone. He believes in uniqueness and that was his focus in creating the aeroplane-like vehicle,” he noted.

He added that the aeroplane-like vehicle will be available on order.

“It’s a prototype and you know we have a lot of people in the world that would want to do something crazy.  Someone might want to ride in something like this and so it’s going to be available only on order basis,” he told Joy News.

According the CEO, the aeroplane-like vehicle cost around GH¢ 100,000.00 to produce.

Despite its hugeness, he said the aeroplane-like vehicle can be used to ply roads in the country.

Listen to him in audio above: