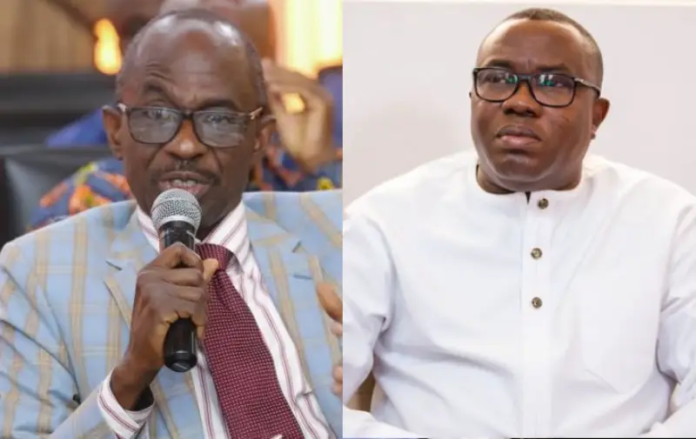 In his view, a party seeking to return to power needs an experienced politician who also applies common sense in his work.

“In life it is not about the chains of degrees you have that will make you successful; it is about the application of common sense,” Mr Akando said.

General Mosquito relinquished his 17-year reign as the NDC’s General Secretary to run for the Chairmanship role.

He shocked political pundits when he secured 65.17% of the votes to eliminate incumbent, Samuel Ofosu-Ampofo who polled 33.81% of the total votes cast.

Due to the heckling halfway through the elections at the Accra Sports Stadium, the incumbent left the election grounds and did not return until the elected officers were sworn into office.

Many have said Mr Ofosu-Ampofo’s exit before the end of the National Delegates Congress will affect the unity they need to win the elections in 2024.

But Mr Akandoh on Adom FM’s morning show, Dwaso Nsem Monday said he is certain the former National Chairman will come on board for them to win power.

He said Mr Ofosu-Ampofo has paid his dues, hence will not do anything to thwart the electoral fortunes of the NDC.

“Ofosu-Ampofo is a fantastic man and his defeat does not mean he is incompetent. But at this time, the delegates want General Mosquito as Chairman,” he said.

He noted that General Mosquito is the most experienced chairman that the NDC needs to win power in 2024.

He was happy delegates rewarded the hard work and dedication of Mr Nketia having served as General Secretary for 17 years.

Mr Akandoh charged all losing candidates to see the outcome of the elections as victory for the NDC.