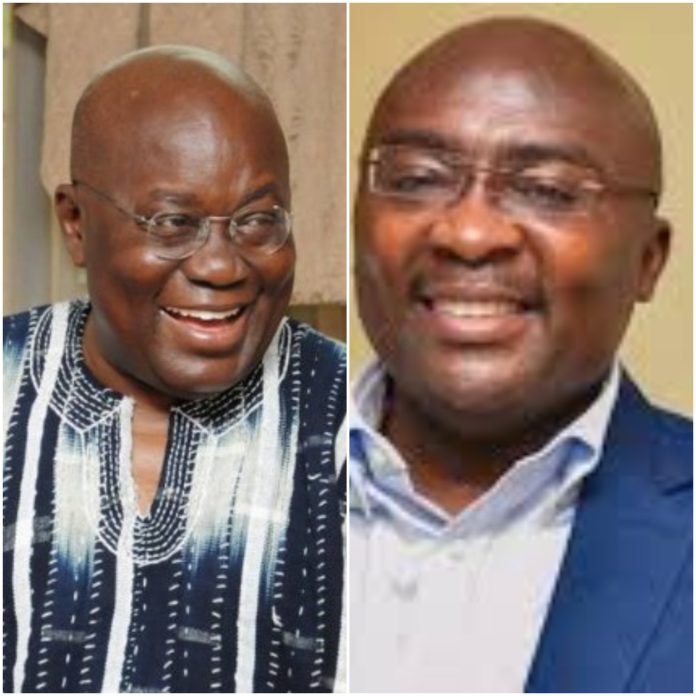 President Akufo-Addo has hailed Vice President Mahamudu Bawumia for predicting the collapse of eight banks while in opposition in 2016.

The president sung his deputy’s praise when he met a select group of journalists at the Flagstaff House on Friday December 13, 2019.

The president was addressing a question pertaining to the collapse of some nine banks in a clean-up exercise of the banking sector by the current government when he singled out Dr Bawumia for seeing accurately into the future.

The President, touching on the clean-up itself, said the decision was necessary for the survival of the banking sector, as most of the banks were under-capitalized, poorly managed and in financial distress.

Adding that had the government not intervened, the financial sector would have collapsed with many more people losing their jobs than we currently have.

A banking sector cleanup in 2017 and 2018 saw the collapse of nine banks and microfinance institutions.

This includes 192 microfinance companies having their licenses revoked with another 155 insolvent microcredit companies that have ceased operations also suffering the same fate.

The Central Bank in a press release also revoked the licences of 23 insolvent Savings and Loans companies.

BoG explained that regarding the microfinance companies, it took the action pursuant to section 123 (1) of the Banks and Specialised Deposit-Taking Institutions Act, 2016 (Act 930).