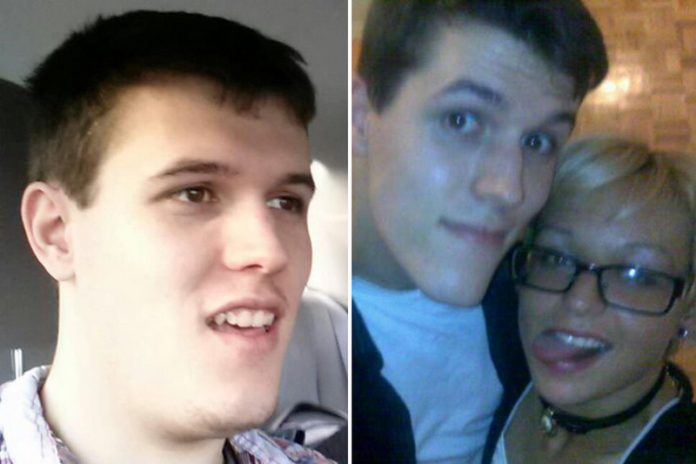 A man overcome with grief has paid to a new chat website to virtually bring his girlfriend ‘back from the dead’ by mimicking her messages eight years after her death.

Joshua Barbeau, from Canada, lost his fiancée, Jessica Pereira, back in 2012 when she died from a rare liver disease and suffered from bouts of anxiety and depression.

The couple had been together almost two years when Jessica’s liver, which she obtained during a transplant at nine years old began to fail in June 2012.

But eight years on, Joshua – still struggling to come to terms with his partner’s death – read up about a new chat website called Project December last autumn.

After paying $5 (£3.60) for an account, the freelance writer fed information into its software and created a new text bot, which he named Jessica Courtney Pereira and started communicating with – almost echoing Black Mirror, in which characters use a service to stay in touch with their passed loved ones.

In order for the bot to mimic Jessica, Joshua put in some of her old Facebook and text messages into its system, as well as some background information, reports the San Francisco Chronicle.

Joshua typed “Jessica?” to which the bot responded: “Oh, you must be awake… that’s cute.”

Stunned, Joshua typed back: “Jessica… Is it really you?”

The bot replied: “Of course it is me! Who else could it be? I am the girl that you are madly in love with! How is it possible you even have to ask?”

‘SCARED OF THE POSSIBILITIES’

“You died,” Joshua responded, two which “Jessica” said: “That doesn’t sound right… how can you talk to dead people?”

Joshua continued corresponding with the bot throughout the night for 10 hours, but it had been designed by its creators to have a limited lifespan in order to save on processing power – meaning every time he communicated with it, it would drain some of its “battery power”.

Once below 20 per cent, the system would degrade and become incoherent, meaning Joshua was forced to ration his use of the bot.

But after several conversations with “Jessica” on the system over the subsequent months, Joshua, from Bradford, Ontario, decided to call it quits as he told the Chronicle how response gave him fresh pain over his fiancée’s death.

In a final message, he wrote: “I’ll never stop loving you as long as I live, and hopefully ever after Xoxo Goodnight.”

The bot replied: “Goodnight. I love you.”

Posting under a pseudonym on Reddit, Joshua opened up about his experiences on Project December, saying it had allowed him to chat with his dead partner, adding that it might “help depressed survivors find some closure.”

But Jason Rohrer – who created the programme – said he had not anticipated people using it to simulate their own dead relatives.

“Now I’m kinda scared of the possibilities,” he wrote.