There was drama and tension at the General Legal Council (GLC) yesterday when the Member of Parliament for Assin Central, Kennedy Agyapong, told the distinguished panel members that he did not fear Anas and that he would remove the undercover journalist’s mask when both parties left the GLC building.

The panel, obviously amused by the comment told Kennedy Agyapong that if he dares touch Anas or any of his team members’ mask, they would have him arrested and charged for assault.

The Assin Central MP left the GLC angry and complained to the panel that they did not show respect to him. Meanwhile, the MP has not publicly commented on the issue.

The GLC, however, declined jurisdiction in a complaint of professional misconduct brought against Anas on the grounds that Anas was not a lawyer at the time the alleged incident happened.

It further directed the MP to report Anas to the police if he felt Anas was corrupt.

According to the GLC, Anas was neither the police nor the Attorney-General to terminate a trial.

Recall that the MP, in July 2018, dragged the undercover journalist to the GLC, claiming that Anas misconducted himself professionally as a lawyer in a manner that bordered on “moral turpitude.”

The complaint letter dated July 5, 2018, and addressed to the Chairperson of the Disciplinary Committee of the General Legal Counsel, asked that disciplinary action be taken against Anas as a lawyer.

According to the MP, Anas and a Chief State Attorney, Ms Ellen Kwawukume, connived to cause a fraud case to be dismissed.

He alleged that Anas’ style of investigations, which he described as ‘entrapping people’ should not be countenanced.

This is not the first time Anas has bloodied the MP. Anas, for his part, has dragged Mr Agyapong to court for defaming him and is asking the High Court to award aggravated damages to the tune of GH¢25 million arising from defamatory materials published by the MP.

A sports journalist, Listowell Yesu Bukarson, has been granted the lawful attorney to stand in for Anas.

In another breath, Ms. Kwawukume, who is currently on retirement, has also sued the MP for GH¢25 million for defamation 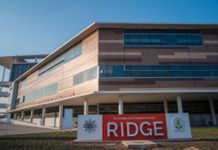