The Minister of Lands and Mineral Resources, Kwaku Asomah cheremeh, has rated the success chalked by the government in the fight against illegal mining, popularly known as galamsey, at 85%.

According to the Minister, though the expected success against the fight has not been met, he will not describe that as a failure.

ALSO: My family has advised me to pull out of GFA race – Alhaji Gruzah

Speaking in an interview on Asempa FM’s Ekosii Sen show, Mr Cheremeh said “I am certain we have achieved 85% success in the fight against galamsey because as of today, when you travel towards Bogoso, Wassa Akropong, Bibiani and other galamsey prone areas you will realise most of such activities that were being done especially in the forest areas have been stopped.

“I believe this success is due to the ban which was to regulate the operation,” he added.

On small-scale mining in Ghana, the Minister said “we have not banned small-scale mining, it is on-going but in order to expand and make it more attractive, we now have the community mining with flexible processes to acquire licenses and open to groups and sole proprietorship.” 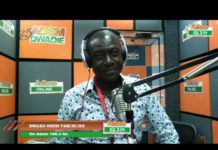 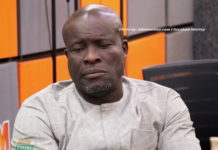