A National Service Person identified only as Stephan is in the news for the wrong reasons as he has confessed to impregnating a neighbour’s maid.

26-year-old Stephan has admitted to impregnating the girl whose pregnancy is said to be in its trimester at Abuakwa in the Ashanti Region.

In spite of his admission to being responsible for the twin-pregnancy, Stephan says he currently doesn’t have the financial muscle to sufficiently cater for the needs of his pregnant lover.

Speaking on Nhyira FM’s Obra show, Stephan disclosed that he and Vic, as he calls her, became lovers when he was an intern in the community’s school.

He revealed that Vic sneaked into his room anytime his roommates were away, a situation which led to the pregnancy.

READ ALSO: First lady, dares president to publicly deny not getting married to another wife

“I met Vic in the area since her house is adjacent mine. I proposed to her and she accepted so we started going out and as our relationship advanced, she began sneaking into my room when her madam went to bed and my roommates were away,” he narrated.

Meanwhile, Stephan says he is willing to marry Vic when things get better for him after his national service.

Watch the video above for more on this story. 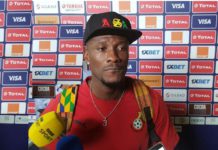 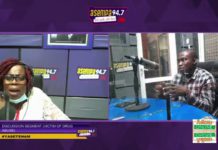 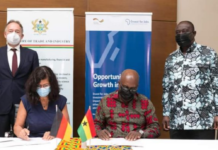