A video of a story carried by adomonline.com on how a landlord in Sowutuom in Accra had ripped off the roofing of a tenant’s building has emerged.

The video is a product of a follow-up on the story by Joy News in which the tenants of the house have provided further updates of the bizarre happening.

The disturbing video shows how the belongings of the family-of-six were at the mercy of rains after the landlord’s actions with the occupants also explaining the reasons for the delay in payments.

According to Mrs Agyarko, an occupant of the house, she and her husband have lived in the house with their four kids for about six years and have always had one problem or the other with the landlord, whom she described as a difficult person.

“We were pleading for a period of 3 months in order to move [from the house],” she said.

READ ALSO: I will never see Rawlings as a hero – Ken Agyapong [Audio]

“My husband was really sick and was admitted to the hospital for a while, resulting in the late payment because most of our finances had been channelled into hospital bills,” she explained the reason for the delay in payment.

Watch the featured video above for the full story. 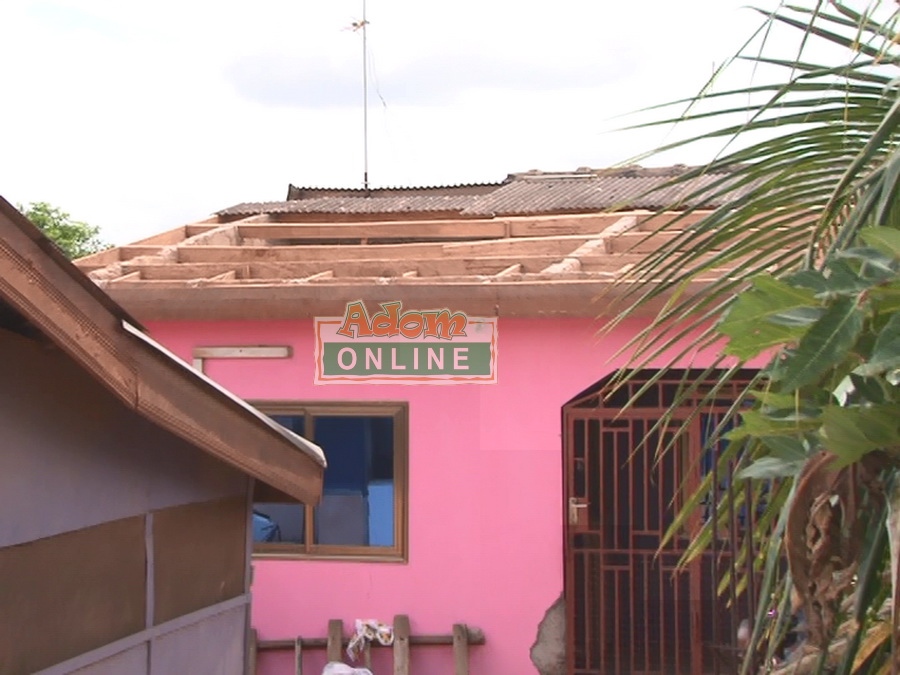