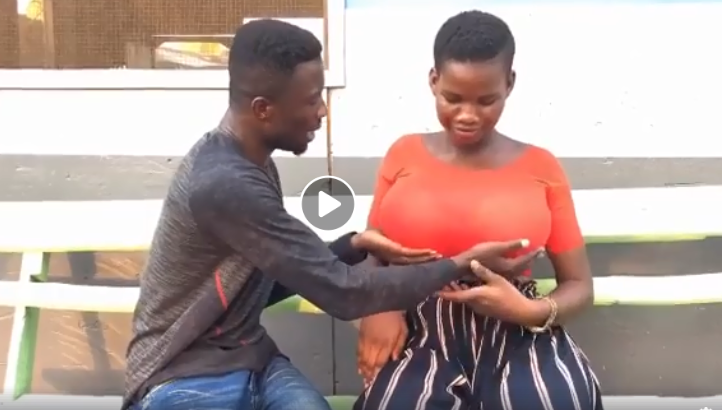 Actor Kwaku Manu in an attempt to interview the Ghanaian model with the largest breasts, Pamela Watara, had to weigh them in his full palms.

The model has been in the news lately due to the huge size of her boobs which she has, on so many platforms, reiterated are natural and free from surgery.

Asked if she has ever attempted to weigh her boobs on a scale, she replied: “I don’t how much it weighs unless I place them on a weighing machine. I have not given birth yet…,” she said.

ALSO READ: I am more popular than Stonebwoy, Sarkodie – Kwadee