The Head Pastor of Alleluia Ministries International, Alph Lukau who recently made headlines for his ‘mind-blowing’ revelations about two best friends, Pamela and Japa, is in the news again for a similar reason.

In the video, the pastor revealed to his congregation that, he had seen a lady in a broken marriage while praying for “marital restoration”, the pastor pointed out a lady only identified as Chantelle.

According to him, the lady had been in a distraught marriage for a while and had about 4 miscarriages throughout her 7-year marriage.

The lady who confirmed the truth behind the pastor’s revelations as he revealed them added that she did not come with her husband and she encountered the pastor in her dream “last week prophesying” to her.

And just like Pamela and Japa’s revelation, to the bewilderment of the congregation, the pastor revealed that Chantelle’s husband was in the crowd spying on her due to his mistrust.

Surprisingly, Pastor Lukau, ‘led by the Holy Spirit’, gave vital details about Clement (Chantelle’s husband) even down to the colour of his apparel and walked straight to the exact place where he was seated.

Several pastors have been in the news for their seemingly ‘barbaric’ acts.

The accuracy of Pastor Lukau has raised several questions in religious circles.

While others believe that is how the Holy Spirit works and that, he is a true man of God, others aren’t moved by what they saw, describing it as a “typical Nollywood movie scene.” 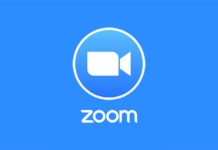 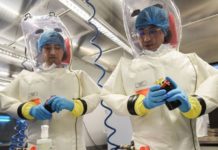