Chairman of the MMDCEs Selection Committee, Peter Mac Manu says the appointment of 212 local level Chief Executives across the country was done in a participatory manner.

He told Joy News Wednesday the Committee consulted the 10 regional Chairmen of the governing New Patriotic Party (NPP) and Members of Parliament (MPs) before settling on the nominees.

He was emphatic President Nana Addo Dankwa Akufo-Addo did not just sit in his office to select the nominees.

“He [President] did a lot of consultation. He has listened to the party at the constituency levels…chiefs, Queen mothers, and invited some Assembly men.”

Several parts of the country have been thrown into confusion following the announcement of 212 Chief Executives for Metropolitan, Municipal and District Assemblies by the president.

From Savelugu-Nanton in the Northern Region to Zebilla in Upper East Region, irate youth clad in red T-shirts have taken to the street destroying NPP billboards.

Their action was a demonstration of their dissatisfaction with the nominees selected by the President.

The youth in Savelugu-Nanton have threatened to make the district ungovernable for President Akufo-Addo’s nominee, Hajia Ayishetu Seidu, if her nomination is not revoked.

The youth argue Mr Afoko campaigned against the party’s Parliamentary Candidate and the President during the 2016 general elections.

Also NPP supporters at Mpohor in the Western Region are on a warpath with Member of Parliament for the area, Alex Agyekum over the DCE appointment.

The youth say Mr Agyekum fielded his favourite for the DCE position instead of suggesting someone who played a key role in the party’s 2016 election.

But Mr Mac Manu said the Committee met with the party’s regional leadership to consider the ideal persons for the MMDCE positions.

He appealed to NPP supporters to desist from disturbing the peace of the country over the appointment. “Let cool heads reign.”

Mr Mac Manu also called on persons who are disappointed because they were not selected to find other ways of serving the party and country. 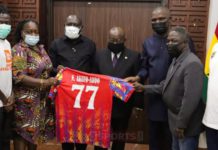 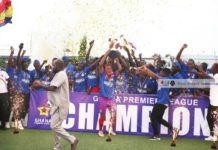