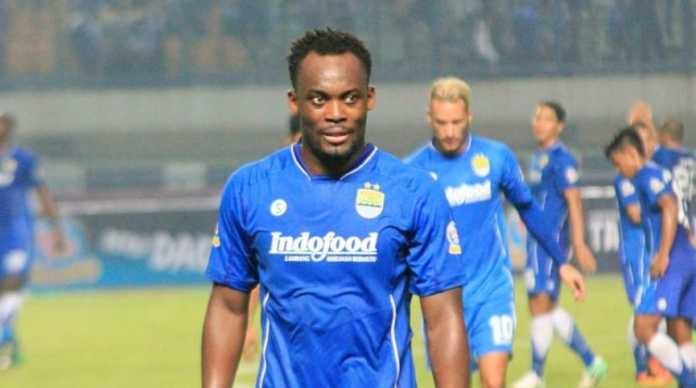 Ghana midfielder, Michael Essien, has shown that he does not only know how to kick a football on the pitch, he also has great dance moves off it.

The 36-year-old former Chelsea man is in France as an Ambassador for the FIFA Women’s World Cup currently ongoing in the European country.

On his way to watch Nigeria’s opening group game against Norway, Essien, along with former Nigeria international, Peter Odemwingie, showed off their dance moves on the streets on France.

The video, which was shared on Twitter by the BBC’s Mimi Fawaz had ‘1,570 likes’ by the time of this publication and had over 500 people talking about it.

Perhaps, it’s fair to say, Essien won the this battle.

So look who is here for Nigeria 🇳🇬 v Norway 🇳🇴 for the next @FIFAWWC @MichaelEssien & @OdemwingieP have come to support~they are ready with those dance moves cc @BBCAfrica @BBCWorld pic.twitter.com/iDPd4r0ukZ