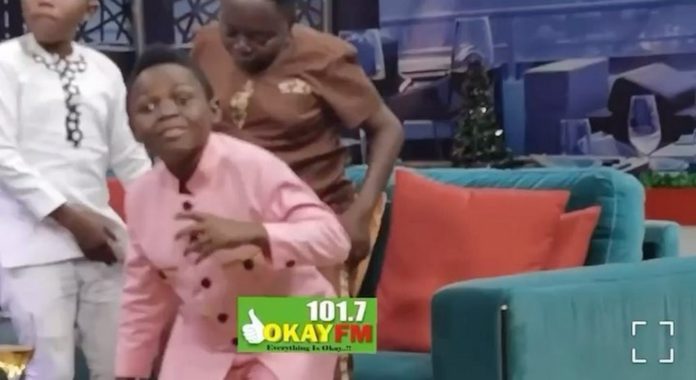 Popular Kumawood actor Yaw Dabo has been seen engaging in a dance competition with his fellow actors.

During the entertainment show hosted by Nana Ama McBrown on UTV, she compelled the actors to compete in dancing.

Yaw Dabo took the lead as he jumped to and fro the studio, claiming to be displaying his special ‘Zanku’ skills. Don Little, Joe Shortingo and the others gave Yaw Dabo a tough competition by also displaying their dance skills.