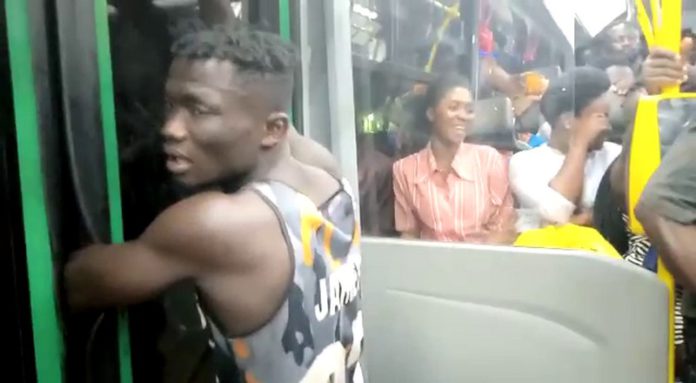 Drama unfolded in the Aayalolo metro bus when a suspected robber got ‘arrested’ by the vehicle’s automated door.

The bus travelling from Adum to Aputuogya in Kumasi made a stopover at the High School Junction, where the suspected robber and two other accomplices joined the bus.

The bus conductor soon raised alarm of his phone being picked.

In an ensuing struggle, the suspect attempted jumping off the moving bus but his hand got trapped in the automated door.

The two other accomplices, however, managed to bolt.

He remained stuck to the excitement of the passengers until he was later handed over to the Feyiase Police.