Vice President Dr Mahamudu Bawumia has urged Ghanaians to sacrifice towards national development as Christ sacrificed his life on the Cross to save mankind.

“We cannot do things for ourselves if we don’t sacrifice,” he said, adding; “as a nation, we shouldn’t be importing things always from outside; we must trade instead of begging for aid,” he said.

He said President Nana Addo-Dankwa Akufo-Addo’s Administration would bring transformation that would involve everybody.

“If we continue doing the same things then we don’t expect different results, therefore, we should do things differently in order to bring the needed change to our nation,” he said.

Vice President Bawumia was the Guest of Honour during the Annual Good Friday Miracle Service organised by the Lighthouse Chapel International at the Black Star Square to mark the Crucifixion of Christ.

He acknowledged the sacrifice of Jesus Christ to bring salvation to mankind which he described as “true love”, adding; ‘‘there is no greater love than to die for someone.’’

Vice President Bawumia, therefore, urged Ghanaians to learn lessons from Christ’s sacrifice for mankind and sacrifice for the development of the nation.

“To pass your exams you need to sacrifice and burn the mid-night oil to learn because everything requires sacrifice and God will also reward you for your sacrifice,” he said.

The Vice President assured Ghanaians that the Government would ensure peace and security for everybody irrespective of the person’s political affiliation.

Dr Bawumia described Bishop Dag Heward-Mills, the Founder and General Overseer of the Lighthouse Chapel International, as an amazing Man of God who had allowed himself to be used by God to deliver the people from spiritual bondage.

Bishop Heward-Mills, in his sermon, said mankind had become progressively evil after Adam and Eve sinned and separated themselves from God.

Therefore, he said, God sent His son Jesus Christ to die as atonement for man’s sins.

“Without the sharing of the blood, your sins cannot be forgiven, therefore, Jesus Christ sacrificed His life to save mankind. He is the way, the truth and the light and whoever believes in Him would have eternal life. No one goes to the Father unless through Him,” he said.

Bishop Heward-Mills said Jesus Christ’s crucifixion brought salvation to the world and those who believe and accept Him as their personal saviour would have eternal salvation.

He said Jesus demonstrated He is the true Son of God through various miracles including raising people from the dead, walking on the sea and opening the eyes of the blind.

Bishop Heward-Mills led the congregation to pray for national unity, stability and peace and asked for God’s wisdom for the Government – the Judiciary, Legislature and the Executive.

Some members of the congregation received healing during the prayer and deliverance service and gave testimony to the glory of God.

The service attracted a large number of Christians to the Square who joyfully praised God and danced for His abundant mercies. 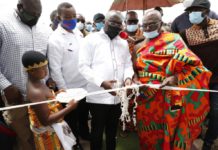 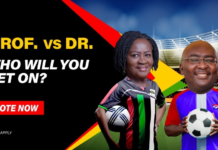 Mybet.Africa goes political; customers to bet on Bawumia or Naana 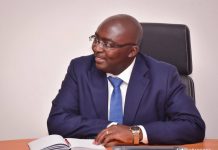 READ: Why Bawumia thinks Ghana’s scientists are the best 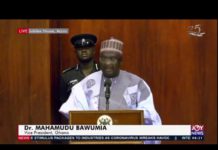 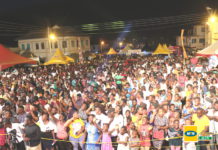