Democratic nominee Hillary Clinton has stepped up her attacks on rival Donald Trump, labelling him a “bully” for criticising women for their looks.

He told early Clinton voters with “buyer's remorse” they could change their vote in four states.

The clashes came as the fractious contest entered its final week, with opinion polls appearing to show the race getting tighter.

The prospect of a Trump presidency sent Asian financial markets tumbling – appearing to confirm some analysts' view that the markets believe a Clinton victory would bring more stability for the US economy.

Speaking in Florida – and appearing on stage with former Miss Universe Alicia Machado, who has previously claimed Mr Trump once called her “Miss Piggy” after she put on weight – Mrs Clinton said she had “learned way back in elementary school that it's not OK to insult people”.

For her part, Ms Machado called Mr Trump “cruel” and said she had spent years “sick, fighting back eating disorders” as a result of the Republican nominee's comments. 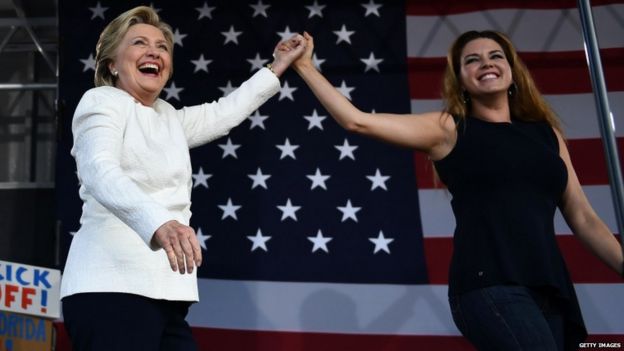 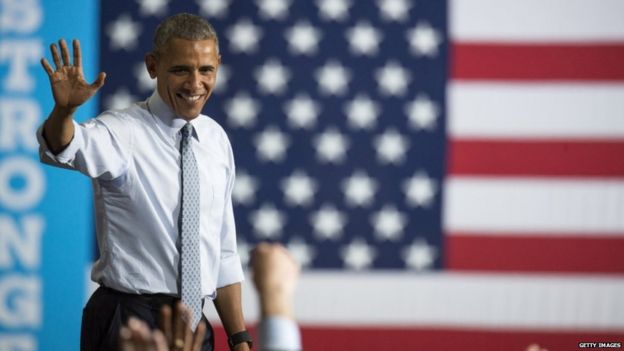 The focus on Mr Trump's treatment of women coincided with a new TV advert put out by the Democrats which showed archive footage of Mr Trump making remarks such as: “Putting a wife to work is a very dangerous thing.”

The Republican nominee has faced a string of sexual harassment allegations in the last month, after a 2005 video tape that saw him making obscene remarks about women emerged.

He has denied any wrongdoing and threatened to sue those involved after the election. 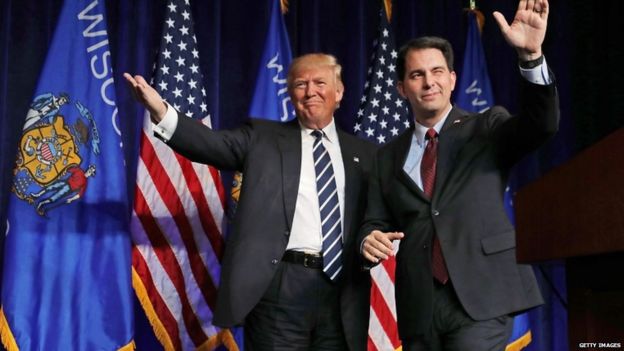 Donald Trump focused his attacks on the Affordable Care Act, dubbed Obamacare, which he believes is becoming increasingly unpopular with low income families he needs to vote for him, amid reports of higher premiums and less choice.

Appearing on stage with his running mate Mike Pence and Governor Scott Walker in Wisconsin, Mr Trump called Obamacare “a catastrophe” and said he would immediately convene a special session of Congress to repeal and replace it if he becomes president.

He also urged early voters who had “made a mistake” by voting for Mrs Clinton to change their ballots before Thursday's deadline.

Wisconsin, Michigan, Minnesota and Pennsylvania allow early vote switches but the practice is extremely rare, according to the Early Voting Information Center at Reed College.

Both sides also continued to spar over the recent revelation that FBI investigators are again probing Mrs Clinton's email practices on Tuesday.

The revelation has put Democrats on the defensive and hurt Mrs Clinton's plans to promote a positive message over the campaign's final week.