A few days ago, news went viral of a US based Liberian couple allegedly killed by the husband’s brother.

However, it has now been revealed that Lawrence and Shelly Gross died of asphyxiation and Carbon Monoxide in their home in Monrovia.

Dr. Christopher Chinedu Obiorah, an  Nigerian Anatomical Pathologist said he discovered that their remains had swollen brains which is consistent with carbon monoxide inhalation. The report published by Front Page Africa reads

Ruling out food poisoning and witchcraft, FrontPageAfrica has authoritatively gathered from family and investigative sources that the death of the couple was a result from asphyxiation, secondary to carbon monoxide.
Family source informed FrontPageAfrica that they were informed by the Dr. Christopher Chinedu Obiorah, an Anatomical Pathologist from Nigeria, who conducted autopsy on the remains of Lawrence and Shelly Gross that he discovered that their remains had swollen brains which is consistent with carbon monoxide inhalation.. 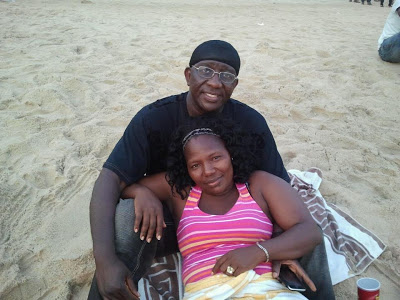 Corroborating the preliminary autopsy report, FrontPage Africa also gathered from Police sources that a 1.5 KVA Ruina gasoline generator was placed in the garage of house to provide electricity for an air condition that was being installed in the guest room of the house where the Gross stayed.
According to our Police source, the garage in which the generator was placed did not have an opening for the smoke to exit; as a result the smoke circulated in the house.
“The poisonous gas was concentrated in the deceased room which faced directly across the hallway where the inner door to the garage is located.
“The house’s windows too are air tight so ventilation was very poor in the house. You see, the thing about carbon monoxide is that it is odorless, tasteless and colorless.
It is very difficult to detect and it’s very dangerous. The sad thing was that there was no exhaust pipe connected to the generator for the smoke to exit the building,” the Police source who preferred anonymity told FrontPage Africa. 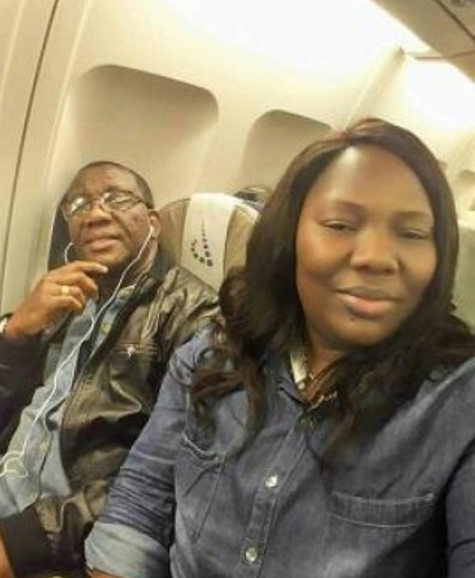 Meanwhile, the Inspector General of Police (IGP), Col. Gregory Coleman, has mediated a peace talk between Shelly and Lawrence’s families.
Police Spokesman, Sam Collins told FrontPage Africa that in a meeting held on Monday, January 2, both families met with the IGP at the Police Headquarters on Capitol Hill to settle contentions between the two families.
Shelly’s family delegation as led by Mr. Martin Kerkula, who is also the deputy director of the Center for National Documents and Records Agency (CNDRA) while Lawrence’s family was presented by Mr. Sano Wayne, a former deputy minister at Ministry of Foreign Affairs.
According to Collins, a 10-man delegation was formed with five members each from both families to sort out differences with the other.
“Both families have been trading accusations but the IG has advised them to go back, hold a meeting among themselves and make peace with each other,” Collins said.
According to him, the families have been indecisive whether to bury the couple in Liberia or be flown to the United States where their children are.
Collins said while the IG has asked them to come to common ground on the decision, he has offered to provide Police escort, band and protection should the funeral be held in Liberia.
Collins could not comment on the preliminary autopsy report which points to carbon monoxide inhalation, but confirmed that the autopsy was conducted at the St. Moses Funeral Home on the Somalia Drive. He said the Nigerian Pathologist has already flown back to Nigeria and has not yet conclude the report.
“The Police, in conjunction with the Ministry of Justice would inform the public on the cause of death as soon as it receives the report on the autopsy”, Collins averred.