Authorities at the Sports Directorate of the University of Ghana have dispelled reports that a final year student drowned in the University swimming pool.

According to them, the deceased, Dennis Akoto, received the needed medical attention when he was found unconscious in the pool.

Reports had indicated that the 22-year-old final year Economics and Information Studies student drowned in the school’s swimming pool on Saturday. 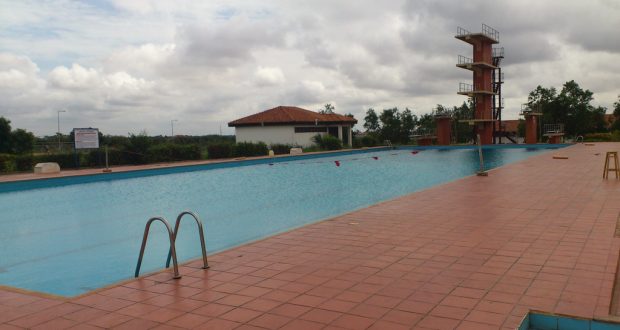 The Director of Sports at the University of Ghana, Dr. Bella Bello Bitugu, told Citi FM said that a lifeguard at the pool performed a resuscitation process on the deceased before he was rushed to the University Hospital for further medical attention.

“The student, unfortunately, died [at the Hospital] but he did not drown in the pool of the University of Ghana. The student had a condition. He was brought out of the water, he was still alive. It was even at the shallow point, 4ft end.

“They attempted resuscitating him and when they stabilised his conditions, they took him to the hospital and they also attempted to further rescue him but unfortunately, they could not succeed. I can tell you that, investigation is still going on and a post-mortem will be carried through and once all these results come out and cause of death is established, we would be able to let you know,” he said.

Meanwhile, some friends of the late student have expressed disappointment in how the nurses on duty handled Dennis before his death.

One of his friends, Kofi Odoom, a floormate who swam with Dennis before the unfortunate incident said, “He [Dennis] will swim a little and go out. He was complaining of pains in the shoulder and said the swimming was difficult. Dennis knows how to swim so he is not somebody I will be looking out for because I know he is a good swimmer and can take care of himself.”

He added that, after Dennis was found unconscious, a guard at the pool assisted them to put him in a stable condition before he was sent to the hospital. He said “the nurses [at the Hospital] were just moving up and down, somebody is dying and it was like they just didn’t care,” he said. Kofi Odoom said he was devastated by the death of his friend whom he described as a very good swimmer.