Kweku Adoboli, the former UBS banker jailed for the UK’s biggest ever fraud, was on Wednesday transported to an immigration removal centre near Heathrow airport as the government pushes ahead with his deportation despite appeals from 114 MPs and MSPs.

Adoboli, 38, who was found guilty in 2012 of fraud that lost his Swiss bank $2.3bn (£1.8bn), is being deportation to Ghana because he is not a British citizen despite living in the UK since the age of 12.

Campaigners fighting against Adoboli’s deportation said they understood the Home Office had booked a charter flight for deportation to Ghana on 18 September and said Adoboli is “earmarked to be on this plane”.

A spokesperson for the Home Office declined to speak about Adoboli’s case but said: “All foreign nationals who are given a custodial sentence will be considered for removal. Foreign nationals who abuse our hospitality by committing crimes in the UK should be in no doubt of our determination to deport them and we have removed more than 43,000 foreign offenders since 2010.”

Adoboli’s MP, Hannah Bardell, and 113 other MPs and MSPs have written to the prime minister and home secretary to demand they intervene to stop Adoboli’s deportation.

“If Mr Adoboli were deported, he will be removed from the country he has called home since the age of 12, taken away from the close relationships he has formed here and returned to a country he has not lived in from the age of four and lacks familiarity with,” Bardell said in the letter. 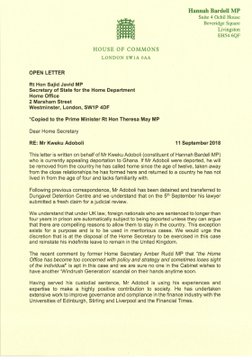 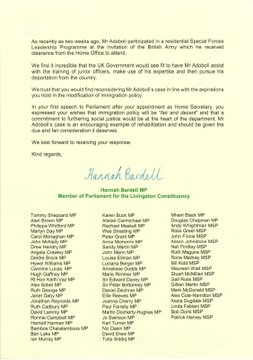 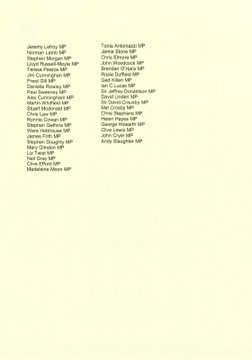 An overwhelming number of MPs (96) & MSPs (18) from every party have signed my open letter to Home Sec asking him to reconsider the deportation of my constituent @KwekuAdoboli.

“The recent comment by former home secretary, Amber Rudd MP, that ‘the Home Office has become too concerned with policy and strategy and sometimes loses sight of the individual’ is apt in this case and we are sure no one in the cabinet wishes to have another ‘Windrush Generation’ scandal on their hands anytime soon.”

Adoboli appealed to Sajid Javid and Theresa May to “show some compassion” and intervene.

“I did four years in prison for a non-violent act,” he said in an interview with the Guardian from the detention centre. “I’ve served my time, but I’m being given an extra punishment – a banishment – and just because I didn’t get around to becoming a citizen. This punishment is so much worse than being in prison.”