“As at 4:pm on Tuesday, Prof Yankah was mandated to communicate to the university to take time in scheduling a date for the graduation due to the absence of President Akufo-Addo and the sector Minister, Dr Matthew Opoku-Prempeh to oversee the reconstitution of a new governing council,” he said.

According to him, the authorities of UEW knew the absence of a school’s governing council could prevent the holding of the congregation and needed to reconstitute one before the ceremony could take place.

Speaking on Adom TV’s Badwam show, the MP wondered why the authorities delayed in informing the students of the development when there was no governing council.

“They exercised bad faith in announcing the cancellation of the graduation. Why did they wait till 8:pm on Friday when students were already in the school preparing for the ceremony?

“Was it an attempt to sabotage government or to make government and the MP look bad in the eyes of Ghanaians,” he added.

The July congregation for the 2018/2019, according to the school’s management for the students from the Winneba, Kumasi and Ashanti Mampong campuses, were postponed indefinitely due to “circumstances beyond our control.” 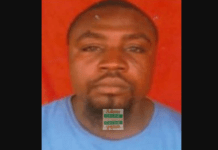