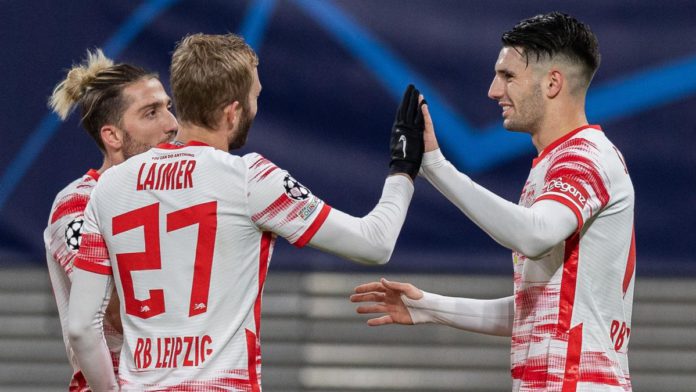 In an unlikely upset, Red Bull Leipzig defeated Manchester City 2-1 to round off Champions League action in Group A.

It was a game which ultimately meant nothing for Pep Guardiola’s men who topped the group regardless with an unassailable lead over Paris Saint-Germain going into this matchday, but the onus was on the hosts to respond after Jesse Marsch’s recent dismissal as head coach, as they needed a result to guarantee a place in the knockout stages of the Europa League after Christmas.

They duly did so; producing an excellently-managed display that involved composed possession play, clever changes in tempo when needed and defensive solidity, and it was Dominik Szoboszlai and Andre Silva who produced the finishes to give Achim Beierlozer a dream start in caretaker charge as he defeated the great Guardiola.

A lovely ball with the outside of his boot from Konrad Laimer sent Szoboszlai clear, and the Hungarian had the pace to burn past John Stones and the composure to round deputy goalkeeper Zack Steffen to put the Red Bulls into a lead that they arguably had deserved.

Silva doubled the lead on 71 minutes; rounding off a lovely countering move that saw John Stones lose the ball high up the field, and Emil Forsberg had the awareness to pick out the Portuguese, who span on a sixpence and fired emphatically into the bottom corner to give the American goalkeeper no chance.

City bit back – Riyad Mahrez netted his fifth goal in six Champions League games with a diving header from Oleksandr Zinchenko’s glorious cross from deep in the left channel, but it wasn’t to be as the east German side clung on, showing excellent game management to snatch an unlikely victory.

Kyle Walker was sent off late on, booting the back of Silva in frustration, meaning that he will be suspended for the first knockout round to culminate a poor showing from City that will infuriate Pep Guardiola. 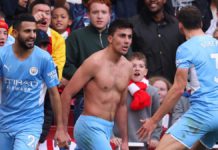 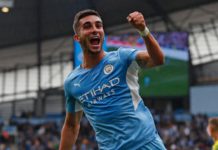 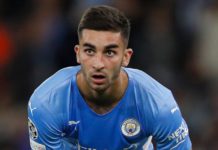 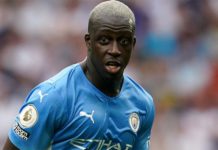 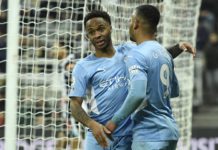 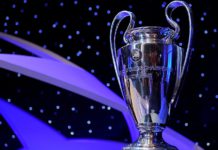