Luuk de Jong grabbed a late goal to give Sevilla hope as Dortmund wins 3-2 in Spain in their first-leg Champions League last 16 tie.

Sevilla looked like they were on their way to victory when Suso struck from outside the box, two deflections taking the effort past Marwin Hitz.

From there, Dortmund rallied and Mahmoud Dahoud leathered a crisp strike from outside the box into the top corner to level, before two swift counter-attacking moves were converted by Erling Haaland. Bono had not conceded a goal in over 10 hours before this match, and in less than half an hour he had now let in three.

In the second half, Dortmund briefly threatened on the break, and Sevilla then threw on three subs with half an hour remaining as they try to salvage the match ahead of the second leg.

While Dortmund looked to find their way through on the break, Julen Lopetegui’s side were unable to find much rhythm in attack as the German side focused on maintaining a two-goal lead to take back home for the second leg.

With minutes remaining of the match, De Jong popped up at the back post for a simple finish to volley home and give Sevilla a chance going into the second leg. 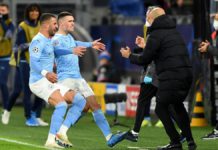 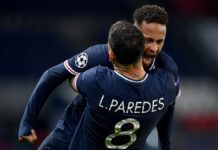 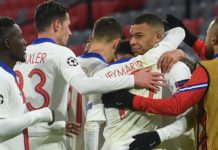 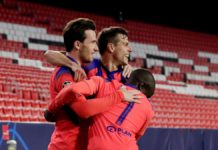 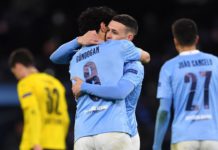