Pierre-Emerick Aubameyang hit a hat-trick as Borussia Dortmund beat Benfica 4-0 on the night to progress to the quarter-final stage 4-1 on aggregate.

Dortmund dominated the first leg with 65% posession and 14 shots on goal to Benfica’s four, but fell to a surprise defeat at the Estádio da Luz thanks to Kostas Mitroglu’s 48th-minute goal. 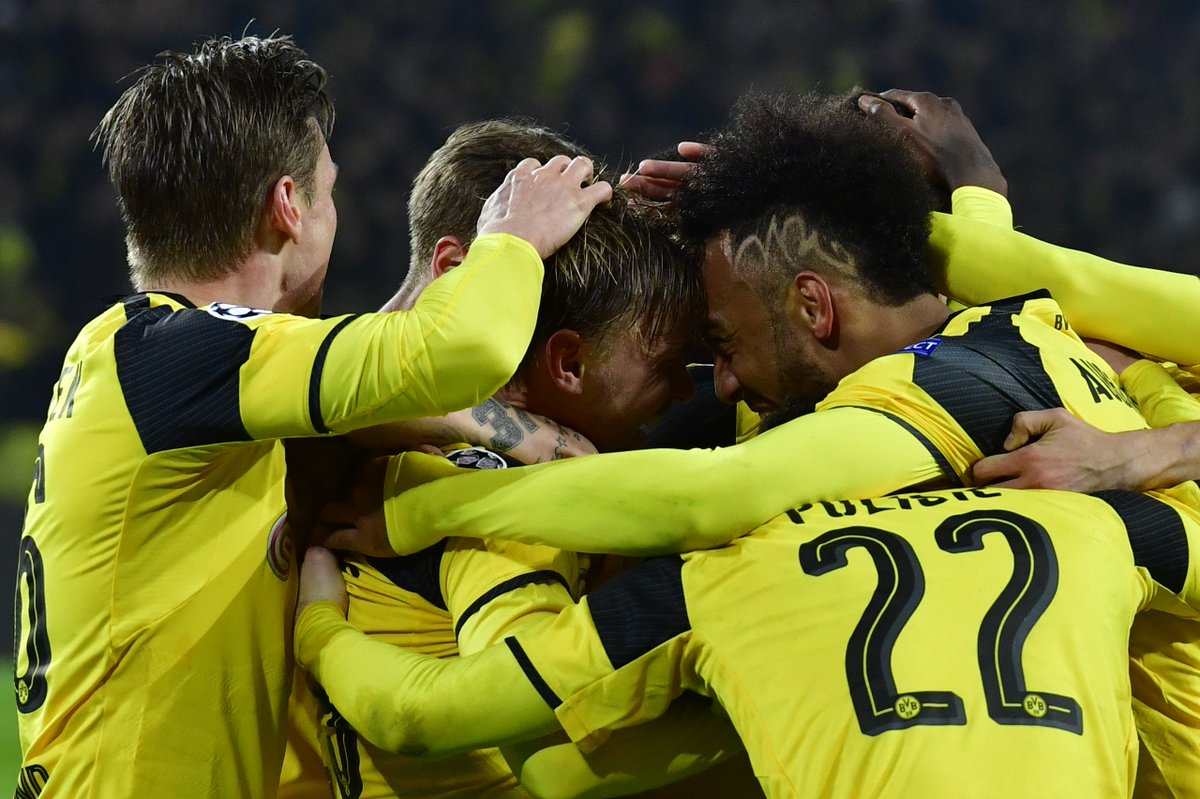 However, back on home soil Dortmund made light work of the Portuguese champions, with 18-year-old Christian Pulisic and 19-year-old Ousmane Dembele oustanding at the Westfalenstadion.

Thomas Tuchel’s side, third in the Bundesliga, took a one-goal lead into the interval courtesy of Aubameyang’s fourth-minute strike.

The Gabonese forward added a further two in the second half either side of a brilliant Pulisic effort as the German side coasted into the last eight for the third time in seven years.