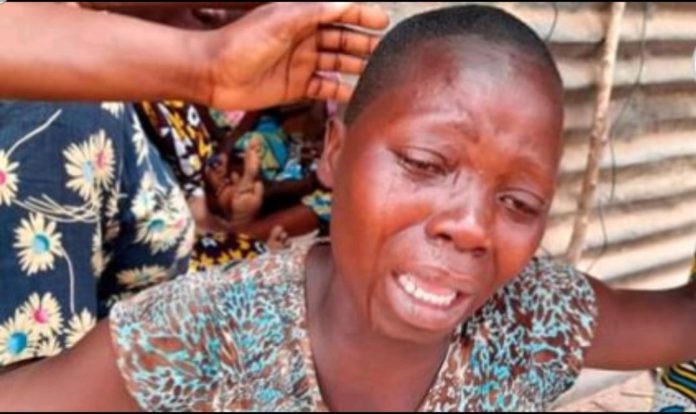 Two children have been killed by hyenas at Baisa village in Kinango, Kwale County, Kenya.

The siblings, Lugo Nyale, 2, Mbodze Nyawa, 1, were attacked at about 9:30 am on Tuesday, September 14, while they were sleeping in their house.

Their mother, Mulongo Tsimba, was burning charcoal a few meters away from the house when the incident happened.

Kinango sub-county police commander, Fred Ombaka, who confirmed the incident said Mulongo tried to defend her children from the vicious hyenas but to no avail.

She later ran for help from the nearest neighbours to rescue the young souls but the hyenas had already killed the two and fed on their brains.

The angry residents, who responded to the cry of help, decided to attack the hyenas and managed to kill one, the other disappeared in the bush.

The three are currently receiving treatment at Samburu sub-county hospital.

“In total, the animals have injured seven people in the past two days,” said Mr Chengo.

The bodies of the two children were taken to Kinango Hospital mortuary for postmortem.

The hyena carcass was sent to the KWS vet laboratory for further examination.

Almost 90 percent of the Kinango water sources are reported to have dried up leading to water and food scarcity as animals and wildlife compete for the remaining crucial commodities.

Last year, a lion attacked and killed livestock in Sagalato and Boyana villages and injured others in Matuga.

Shock as man walks into his own funeral