Fuel prices went beyond ¢5 per litre during last pricing window, causing many interest groups to call on the government to step in and provide some cushion.

Already, the Chamber of Petroleum Consumers Ghana (COPEC) has called for “an immediate national dialogue” on constant fuel price increases.

In a press release issued in Accra, Monday, on the recent fuel price increase, the Trades Union Congress (TUC) urged the government to scrap taxes driving up the price of the commodity, reminding the Nana Akufo-Addo government that it promised to abolish the taxes during the 2016 electioneering campaign.

“In its manifesto for election 2016, the NPP had promised Ghanaians a reduction in fuel prices. This was to be achieved through abolishing of some of the taxes in the petroleum price build-up and a competent management of the economy such that exchange rate losses will not translate into higher fuel prices.

“After more than 18 months in government, fuel prices have gone up by an average of more than 25 percent. Between January 2017 and now fuel prices have been adjusted upwards on 16 different occasions. This was not what Ghanaians were promised. In this same period, the minimum wage has gone by 20 per cent. The Base Pay on the Single Spine Salary Structure, from which most public sector workers are paid, has also increased by about 24 per cent. Given that fuel increases tend to have very noisy rippling effect on general price levels, the frequent upward adjustments as experienced in the last few months has considerably eroded incomes and worsened the plight of Ghanaian workers and their families,” TUC said in the release.

The TUC also condemned a recent comment by Energy Minister, John Peter Amewu, that the price of petrol, diesel and gasoline would have been higher if government had not intervened.

Addressing a press conference in the wake of public criticism of the fuel price increases, Mr Amewu said the price hikes under the previous John Mahama government would have been higher.

“Without government’s intervention, prices today would have been ¢5.54 per litre for petrol and ¢5.55 for diesel. So what it means that the price we are paying today, if the Mahama-led administration was still in power, you would have been paying quite close to between nine and 10 percent higher than the current prices that Ghanaians are paying.”

The TUC said that comparison is unfortunate.

“It is important for government and its functionaries to understand that dealing with matters as important as fuel prices, we eschew conjectures. The reality is that the Mahama-led administration is no longer in power. [Akufo-Addo-led] administration is in power. And despite the interventions the Minster talked about, fuel prices are rising and Ghanaians are unhappy about it. We require leadership and solutions on how to bring down the prices and not sermon on what would have happened if Mahama-led administration were to be in office,” the statement signed by Acting TUC General Secretary, Joshua Ansah, said.

Click on this link to access the full statement by the TUC on the recent fuel price hike. 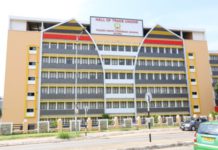 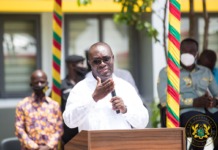 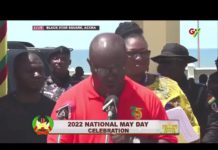