US President Donald Trump has met Pope Francis at the Vatican for a short private audience on the third leg of his overseas trip.

He arrived for the meeting along with his wife Melania, daughter Ivanka and son-in-law Jared Kushner.

The meeting was keenly awaited as the two men have already clashed at a distance on issues including migration and climate change.

He will then fly to Brussels for a Nato summit.

He earlier vowed to help Israelis and Palestinians achieve peace, as he ended the Middle East leg of his tour.

The US leader began his foreign trip with a two-day stop in Saudi Arabia over the weekend, urging Muslim countries to take the lead in combating radicalisation.

Mr Trump and his entourage arrived at the Vatican just before 06:30 GMT.

They were led by the Swiss Guard from the Vatican courtyard to the offices of Pope Francis. 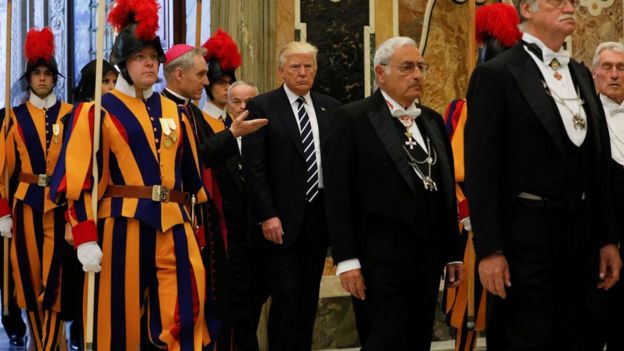 The two men spoke privately for about 20 minutes before joining the rest of the entourage and posing for photographs.

This is Mr Trump’s first visit to Europe since he took office in January.

Security has been stepped up across Rome, with the areas around the Vatican City, the Italian presidential palace and the American ambassador’s residence, where Mr Trump is staying, temporarily closed to traffic.

Despite the heavy police presence, about 100 anti-Trump protesters held a rally in one of Rome’s squares on Tuesday evening.

Later on Wednesday, Mr Trump will fly to Brussels, where significant protests are expected.

For the EU and for Nato, this visit is about damage limitation with the fervent hope of establishing some kind of transatlantic chemistry, the BBC’s Europe editor Katya Adler says.

She adds that the tone in Brussels has gone from off-the-record sneering when the erratic and unpredictable Mr Trump first won the November elections, to outright concern now that the implications of his presidency have begun to sink in.

Mr Trump will end his tour on the Italian island of Sicily at the G7 summit on Friday. 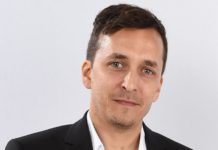 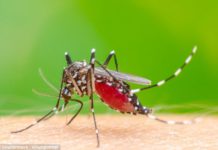 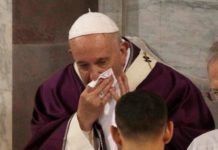