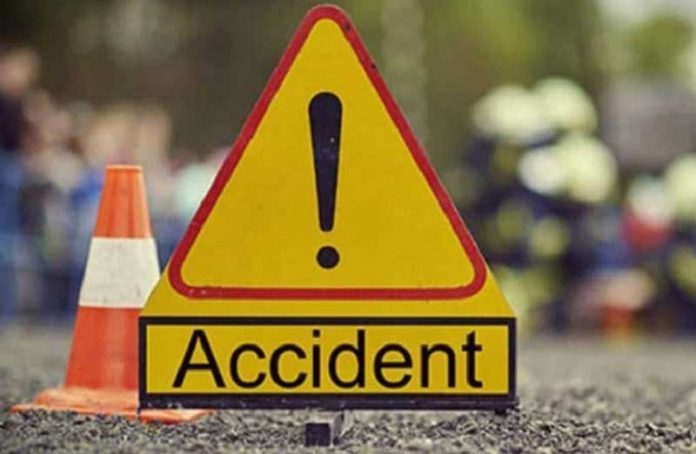 A Kia Rhino truck with registration number WR 291-20 truck loaded with palm fruits was involved in an accident on Monday in Tarkwa.

Some pupils of the University of Mines and Technology (UMaT) Basic School had closed and were crossing the road to the other side when the accident happened at 1530 hours, but no casualty was recorded.

The truck, which belonged to Bota Bob Outgrowers Traders Association was driven by Emmanuel Abas, 34, who was heading towards Takoradi from Bogoso in the Prestea Huni/Valley Municipality with three passengers on board.

Chief Inspector George Kwabena Osei of the Tarkwa Motor Traffic and Transport Department (MTTD), who confirmed this to the Ghana News Agency (GNA), said when the suspected driver arrived in Tarkwa with the truck loaded with 808 bunches of palm fruits and 24 bags of loosed palm fruits he attempted to use the Nana Angu II bypass but in the process, lost control of the vehicle.

To avoid running into the school children, the suspected driver veered off the road and rammed in a nearby gutter.

The MTTD officer said Emmanuel had been placed in police custody and would be charged with failing to comply with the Road Traffic Regulations as sign post had been erected on the said road to warn off truck drivers not to use that route.