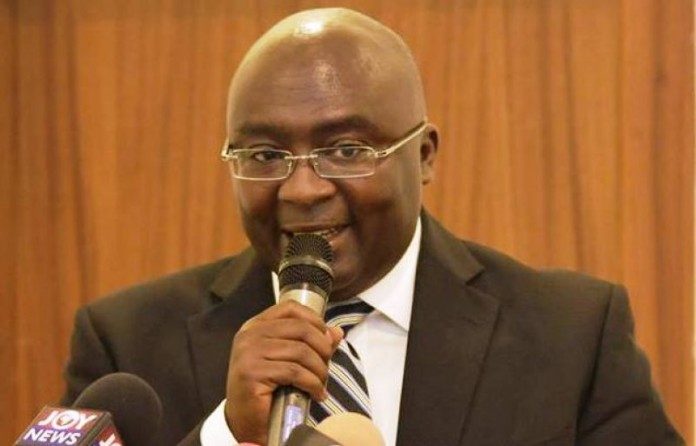 Vice President of Ghana, Dr Mahamudu Bawumia, has addressed the reason behind the Cedi drop at a Town Hall meeting held on April 3, 2019.

According to the Vice President, many false controversies have been raised around the Cedi drop.

“You will recall I stated in 2014 that if the fundamentals are weak the exchange rate will expose you, it was true then and it is true now. Its 100 per cent correct. But, is it logic if you jump to a conclusion that whenever there is a depreciation in your currency then the fundamentals are weak? it is logical that if the exchange rate moves you can conclude that there can be other external factors that can contribute to it not only that of your fundamentals.

“For example, if I am told someone cannot walk I just can’t conclude that his or her leg is broken, there can be other reasons why you are unable to walk, but the National Democratic Congress logic will insist in the face of contrary evidence that since you cannot walk then it must mean that your leg is broken,” he said.

He added that the reason behind the continuous depreciation at the beginning of 2019 was due to conditions given to Bank of Ghana by the International Monetary Fund (IMF).

“We need to understand why the cedi depreciated during the beginning of this year, many reasons have been given but the most important and the proximate cause of the depreciation is the time inconsistency of an IMF prior action on the reserves target.

“To get to the IMF board and to end the IMF programme, IMF gave us seven programmes to complete before March 15th. One of the conditions was for the Bank of Ghana to increase its net national reserves to the level of December 2018. To increase the net national reserves, however, means that the Bank of Ghana could not sell any foreign exchange in the stock market around that time,” he noted.