The Ukrainian Premier League season has been terminated because of ongoing conflict in the country.

The championship did not resume after December’s three-month winter break following Russia’s invasion of Ukraine.

Shakhtar Donetsk were top of the league with 47 points after the last round of games, two points ahead of Dynamo Kyiv.

A statement on the UPL website said: “The standings as of 24 February 2022 will be the final standings of the season and no winners will be awarded.”

The statement also confirmed that a working group has been created to discuss the start of next season.

Shakhtar Donetsk and Dynamo Kyiv, who hold 29 Ukrainian top flight titles between them, have recently played friendlies to raise funds to aid people affected by the conflict. 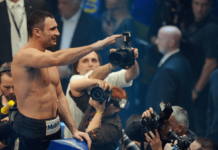