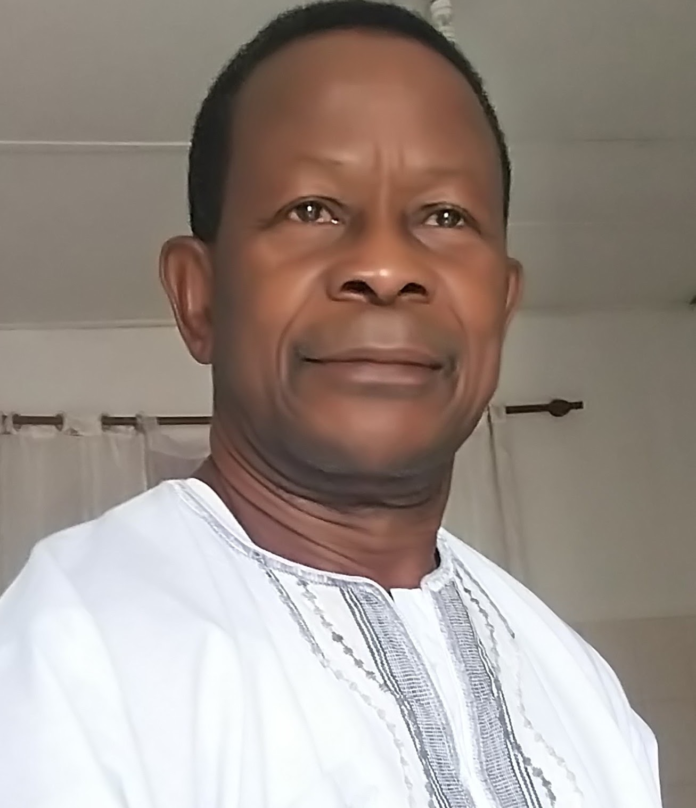 The Finance Minister, Hon. Ken Ofori-Atta’s presentation of the much awaited 2022 mid-year fiscal policy review of the budget statement and economic review of the Ghana Government for the 2022 financial year on behalf of President Nana Addo Dankwa Akufo-Addo has come to pass with nothing new to heal the economic woes of Ghanaians.

On display was his distinguishing characteristic of wrong calculations and changing figures and introducing new figures to suit the occasion. He also used the same old rhetorical device; repetition of Covid-19 and Russia/Ukraine war as the sources of the economic malaise of Ghana, and a clever cover for state capture, mismanagement, corruption, profligate spending, cronyism and systemic failure.

How can the Finance Minister claim in his budget review statement that, ‘’Ghana is facing a challenging and social situation amid an increasingly difficult global environment. The fiscal and debt situation has severely worsened following the Covid-19 pandemic. At the same time, investors concerns have triggered credit rating downgrades, capital outflows, loss of external market access and rising domestic borrowing cost.’’

‘’In addition to the global economic shock, caused by the war in Ukraine is hitting Ghana at a time when the country is still recovering from the Covid-19 pandemic shock and there is limited room for maneuver. These adverse developments have contributed to slowing economic growth, accumulation of unpaid bills, a large exchange rate depreciation, and a surge in inflation.’’

Hon. Ken Ofori-Atta had to respond to an invitation to Parliament recently due to circumstances beyond his control, to account for Covid-19 income and expenditure. This was after numerous calls and attempts by the NDC Minority group in Parliament to get him account for the income and expenditure had been skillfully blocked by the NPP Majority. Once in Parliament, he revealed that government obtained about Ghc19 billion from various sources including the World Bank (WB), the International Monetary Fund (IMF), the African Development Bank (ADB), the European Union (EU), as well as the Ghana Heritage Fund bequeathed to the Government of President Nana Akufo-Addo by HE John Mahama/NDC administration for Covid-19 related expenditure. According to the finance minister, the total Covid-19 expenditure amounted to GHc12.036 billion. This reveals a positive balance of about Ghc7 billion.

Hon. Ken Ofori-Atta further revealed that the total government expenditure for 2020 and 2021, Covid-19 period was close to Ghc300 billion.  Covid-19 expenditure for the period was less than 10% of the total expenditure. So with these figures from the Finance Minister, how could Covid-19 be continuously ‘crucified’ by the ‘solid economic management team’ led by the Vice-President, Dr. Mahamudu Bawumia and all Government appointees as well as Government communicators for being the cause of Ghana’s economic malaise? In reality they should be singing praises of Covid-19 for bringing into the economy some free Ghc19 billion, unprecedented in the economic history of the nation.

If Covid-19 were to be a human being it would have voiced out this Akan maxim that, ‘’if you would not praise me, do not speak evil of me’’ to the hearing of the NPP Government and fellow Ghanaians. Accounting for the Covid-19 windfall has been an albatross hanging on the neck of the NPP Government, which it cannot escape since Ghanaians started calling for accountability. When President Akufo-Addo, Vice-President Mahamudu Bawumia and Finance Minister Ken Ofori-Atta started rolling out different figures on different occasions it occurred to worried observers that the three top respected gentlemen of the land were keeping three separate accounting books using different accounting principles which cannot be reconciled. No wonder Ghana has landed in this mess. Not until an independent forensic audit is conducted into the entire Covid-19 related accruals and expenditure the real situation may never be known.

President Akufo-Addo’s government mantra, ‘Ghana beyond Aid’’ lost track, meaning and focus when they decided to collapse indigenous banks and many financial institutions some of which are under stress to the tune of Ghc9 billion with an astonishing amount of Ghc25 billion. This single ill-advised move threw tens of thousands of gainfully employed workers who were also contributors to the Social Security fund out of job. SSNIT therefore lost tens of thousands of contributor’s monthly contributions instantly at a time when there were no employment avenues on the job market. Throughout the world, the ratio of social security contributors against pensioners determines the strength of the social security scheme. An actuarial valuation of the scheme today might reveal a disturbing scenario of the worsening of a decreasing gap between contributors and retirees but the Finance Minister thought otherwise, cared less and collapsed the banks and other financial institutions with disastrous consequences to the economy.

This unprofessional conduct should not have come from a Finance Minister who supervises financial and banking institutions in the country. Financial data cooking which is a hallmark is also mind boggling. The state of the economy now is a result of self-inflicted wounds and not the Covid-19 pandemic.

The Government has also blamed the high cost of living, labor unrest, high cost of fuel prices, shortage of fertilizer etc on the Russia/Ukraine war which began on 24th February, 2022 with no end in sight now. The USA and allies in the North Atlantic Treaty Organization (NATO) quickly imposed some selective economic sanctions against Russia as a deterrent for Russia to stop the war. In spite of the sanctions, European nations still enjoy the supply of liquefied petroleum gas from the Russia gas giant, Gazprom.  Other countries like India, Saudi Arabia, Brazil, China and others continue to import crude oil and refined products in increasing quantities from Russia because of the cheaper prices of the commodities.

What prevents Ghana from importing petroleum products from Russia to save Ghanaians from the extremely high cost of fuel in the country? Is there anything sinister going on which Ghanaians are not aware of?

In addition to this, the USA which is leading the sanctions and voted $40billion together with allies to supply advanced rocket systems and other military hardware as well as intelligence and propaganda to bolster President Volodymyr Zelensky’s forces.

In spite of the fighting and finding themselves in opposing camps, fertilizer cargo from Russia has reportedly berthed in the USA quite recently. According to news reports from Reuters, a tanker carrying a liquid fertilizer product from Russia has discharged the product in the USA; sources and vessel tracking data has revealed. A Liberian flagged tanker Johnny Ranger arrived in New Orleans carrying about 39,000 tons of urea ammonium nitrate solution, a fertilizer produced by combining urea, nitric acid and ammonia. According to Eikon data, the vessel loaded last month at St. Petersburg, Russia. This is at a time when Government of Ghana is blaming shortage of fertilizer in Ghana on the war in Ukraine.  It is important to note that the Joe Bidden Administration in the USA has not blacklisted agricultural commodities including fertilizer in the aftermath of the Ukraine invasion.

Russia and Ukraine are major exporters of fertilizer. In addition, there are over thirty other fertilizing exporting countries apart from Russia in the fertilizer business. Among the top fertilizer exporting countries  that exported the highest value worth fertilizer in 2021 are;  Russia, China, Canada, USA, Saudi Arabia Netherlands, Belgium, Oman, Qatar, Germany, Israel, Egypt, Algeria, Spain, Nigeria, Indonesia, Italy, Turkey, France.  Russia Federation generated the highest surplus in the international trade of fertilizers. This positive cash flow confirms Russia’s strong competitive advantage for this specific product. Nothing stops Ghana from importing fertilizer from any of the listed exporting countries including Nigeria if the President Akufo-Addo Government finds it uncomfortable to import fertilizer from Russia. Ghana uses primarily nitrogen, phosphorous, potassium (NPK), urea, sulphate of ammonia, and organic compost and could import it from Russia. This also indicates that the war in Ukraine has nothing to do with the shortage of fertilizer in Ghana for farmers to improve their yields.

As a result of these continuous worrying and false claims by the Ghana Government, the Russia Embassy in Ghana has produced a data showing Ghana’s import of agricultural and food products in 2021 and Russia’s contribution to it. According to the data Ghana imported wheat, frozen fish, beef, poultry and other agricultural and food products from Russia in 2021 worth $90.8million. Ghana should rather be grateful to Russia for making the products available on the market. So it is wrong to blame Russia for food price hikes on the market today. A humble apology, delivered diplomatically from President Akufo-Addo to President Vladimir Putin in the face of this timely revelation by the Russia Embassy should not be too much. But why should the Ghana Government engage in this embarrassing diplomatic faux pas?

The hidden truth and the bottom-line which cannot be covered up any more is that the Ghana Government is in huge arrears close to Ghc500 million to fertilizer importing companies in the country, rendering them almost bankrupt.

It would be very appropriate for government to refrain from using the Covid-19 pandemic and the Russia/Ukraine war to confuse Ghanaians and the international community as scapegoats for deliberately pushing the country to this unmitigated disaster and landing on the laps of the International Monetary Fund (IMF) for the umpteenth time.

The Foreign Minister of the Russia Federation, Sergey Lavrov is currently on a tour in Africa seeking rapprochement with the continent. Ghana and the rest of Africa through the Africa Union (AU) should take advantage of the visit to enter into bilateral arrangements with Russia for cheaper petroleum products and other commodities, while still maintaining neutrality.