There’s a new wave of rich kids on the social media space in Ghana showing the world their wealth, connections and good life vigorously. A growing number of young Ghanaians have become social media sensations and celebrities overnight due to their unaccounted wealth and lavish lifestyle in society.

Social media has come to stay in our lives and these young men and women mostly between 23-35 have a strong influence on fashion, travel, lifestyle and entertainment.

Unlike their hedge fund and rich parents’ compatriots, these social media “rich kids” have made their wealth and name on their own or with the help of a non-family member.

With lofty and profound projects, they’re constantly on the lips of many as they seek to become business leaders and social influencers.

Others are also benevolent humanitarians and philanthropists constantly giving back to society through their foundations.

Despite their wealth, business drive, and benevolence, most have been accused of involving in unscrupulous activities to fund their lifestyles but without solid proof.

Some of the accused have denied the accusations calling it comments from “bitter and jealous haters”.

Whatever the case may be these young people are definitely living the good life and have moved from grass to grace.

In no particular order, meet the 18 movers and shakers of Ghanaian social media space with their monies.

Her profile grew astronomically when she granted an interview to CNN anchor and reporter, Christiane Amanpour on sex, love, and gender.

Moesha, who has a very opulent and lavish taste, revealed that her lifestyle was funded by her male benefactors who she had intimate relationships with at one time or the other.

According to her, Ghana’s economy was set up in a way that a woman of her calibre had to rely on men to enjoy some of the luxuries money could afford.

Her travel profile includes trips to Dubai, London, New York and other top destinations. She is also a big fan of expensive weaves, clothes, shoes and bags from global designers.

Fella Precious Makafui is a Ghanaian actress and businesswoman known mostly for her stellar role in the Youth and sex education TV Seris, Yolo. She is married to the Ghanaian singer and rapper Medikal

Fella is worth millions of cedis in endorsement deals, brand ambassadorial roles and her ever-growing business empire.

She currently owns a wine shop, clothing line, beauty brand, delivery company and many others.

With a social media following of 2.6 million on Instagram alone, she’s constantly updating fans on her trips, new car or a stunning new outfit. She embodies the definition of a social media-rich kid.

Criss Waddle, born Kweku Addai is a Ghanaian hip-life/hip hop musician who is famous for his wealth and display of luxurious fleet of cars.

He owns a Mercedes Benz, Chevrolet Camaro, Range Rover Sport, a G-wagon and many others.

In spite of a successful music career under the R2BEES music group and his own label, AMG, the self-acclaimed “serial entrepreneur” did not make his undocumented wealth from music.

He is also the C.E.O of 167 Construction Company, a real estate firm involved in modern architecture across the Ghanaian infrastructural landscape.

Criss Waddle has refuted claims of internet fraud and money laundering as the source of his wealth on many occasions. He was also rumoured to have dated Ghanaian actress, Yvonne Okoro in the past.

Aside from his career and construction business, he also has an enviable record as a philanthropist, helping the less privileged and vulnerable in society.

Samuel Adu Frimpong, popularly known as Medikal, is a Ghanaian hip-hop musician and the winner of the VGMA Rapper of the year award for 2019.

Medikal, who is signed unto the AMG record label, has a net worth of an estimated $ 1 million according to close sources.

Many have wondered how he came by such large amounts of wealth at an early age; with some accusing him of being a ‘fraudster’.

This, however, has not deterred him from flaunting his houses, lads of cash, jewelry and a fleet of cars on social media. 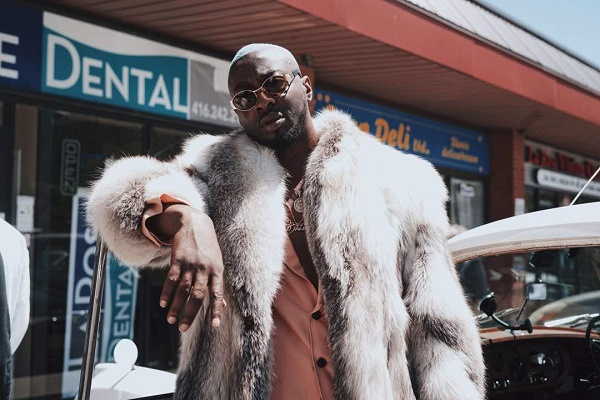 Born in Spintex, a suburb of Accra, Jessie Kumordzie, known by the stage monicker Ova Wise wields a lot of influence on the internet, especially on Snapchat and Instagram.

As a Ghanaian fashionista, music artiste and socialite, one would have thought these fields would fund his aristocratic and bourgeois lifestyle but just like the aforementioned, sources of his wealth cannot be factually verified.

Ova Wise is a connoisseur of luxury Gucci and Versace pieces from head to toe ranging from $500 to the millions.

Five-Star hotels in Dubai, Paris, L.A and exotic islands are on the list of destinations he’s explored in the past as a jet-setter.

He is estimated to be worth a million dollars or more and has been linked to Dubai-based Nigerian millionaire, Hush Puppy who is currently under investigation by the Interpol.

His first single ‘Me and You’ was produced by Ghanaian producer Killbeatz released under his independent label Get More Productions. Ova Wise cites American rappers, Jay-Z, Nas and Fabulous as some of his musical influences. 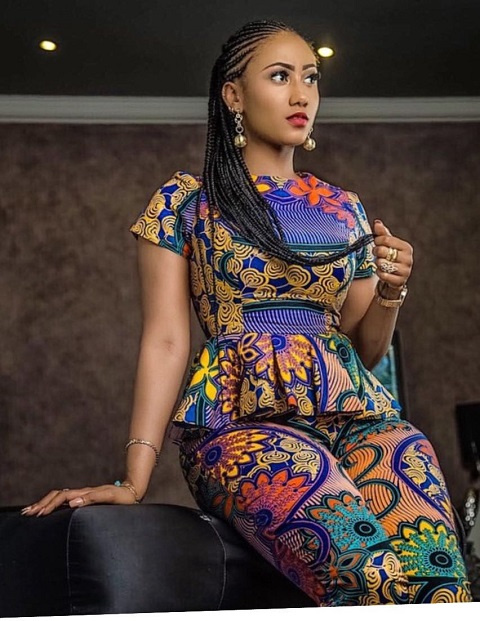 Mona Faiz Montrage aka Hajia 4 Real according to her social media profile is a beauty, travel, and style enthusiast with interest in acting.

Mona first came to the public eye in 2013/14 over her scuffles and controversies with Amanda Afriyie Acquah, ex-wife of her ex-boyfriend, contractor, and businessman Kennedy Agyepong also known as Kenpong.

In spite of several disclaimers about her status as a celebrity in Ghana, Hajia 4 Real is widely seen as a Ghanaian celebrity/socialite whiles others refer to her as a Slay Queen.

Mona is also a video vixen who has featured in several music videos for musicians including Shatta Wale. She’s also one to flaunt her wealth and fleet of luxury cars on the gram as a Boss Chic. 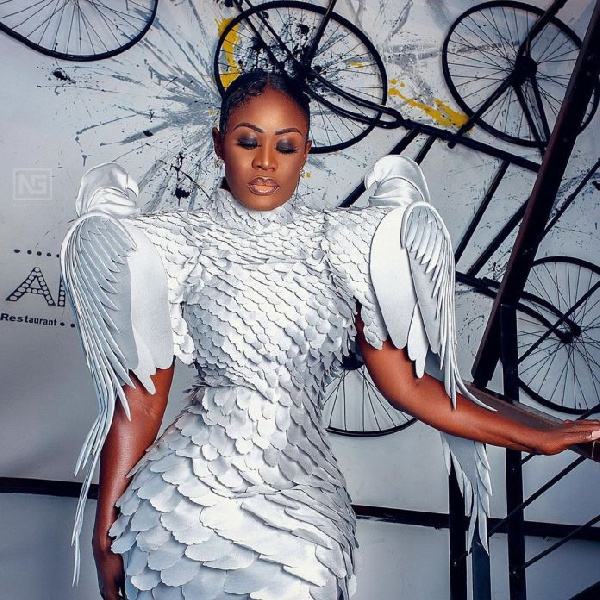 Nana Akua Addo is an actress, ‘It Fashion Girl’ and these days a fashion designer.

After taking a hiatus from a burgeoning career, Nana Akua Addo resurfaced between 2013 and 2014 after giving birth to her kids.

Her attempt to bounce back into the industry which was facing challenges wasn’t entirely successful. She nevertheless capitalised on the many red carpet events and social media to gain the public attention with her jaw-dropping and exquisite looks.

She’s received awards for her avant-garde and luxury style with several publications including the BBC featuring her fashion on their platform.

Earlier in the year, her ‘Prodigal’ husband returned into her life and gifted her with a new Range Rover in a bid to reconcile with her.

Nana Akua is mute on the source of her luxury lifestyle.

She was crowned the second runner-up during Miss Malaika 2003 and winner of Miss Ghana-Germany in 2005. 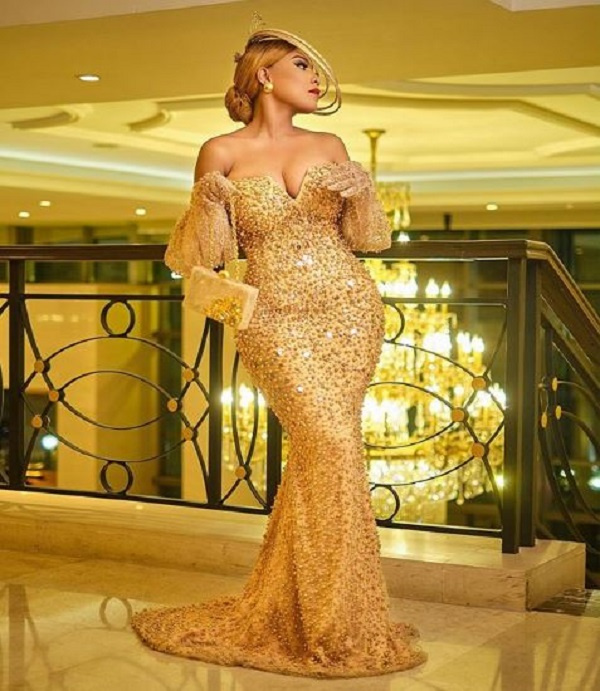 Lydia Zynell Zuh is a Ghanaian actress, fashionista and law student. With so much going for her, it’s no wonder that she’s able to afford her affluent life.

She is signed unto the Zylofon media as an actress and the Founder/Creative Directo of her bespoke bridal fashion company, Zyllegant 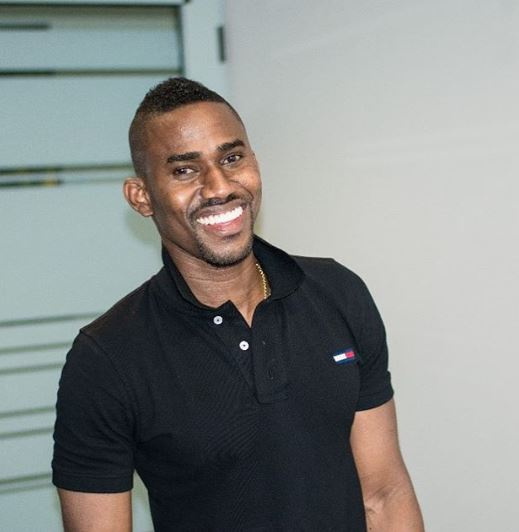 Ibrahim Daouda who prefers to be known as Ibrah One has been the subject of a series of investigations and accusations by NPP legislator, Hon Ken Ohene-Agyepong. He’s been accused of defaulting on payment of duties on his luxury cars.

Media reports indicate that his net worth is pegged at $50 million with sports cars including Ferrari, Porsche, Bentley, Mercedes Benz G-wagon, Audi R8 at his disposal.

He was a favourite of University charity events and parties in the city until news broke of his arrest in 2018 over financial crimes. In the report, Ibrah 1 was arrested by the Ghana Police Serve for defrauding his colleague, a ceratin Heloo, to the tune of $400,000.

He was back in the news last week after he threatened to kill the controversial Ghanaian businessman and lawmaker after the latter’s revelations on his Television station.

Prior to his 2018 arrest, Ibrah said plans were advance to launch his Venture Capital business to support aspiring young entrepreneurs across Ghana.

A benevolent socialite, his claim to wealth and fame is an unverified report of him venturing into forex currency trading which was inspired by his dad as an 11-year old.

Joey Gucci owns buildings in West Legon and Trassaco where he keeps a fleet of luxury cars including Porsche Cayenne, Mercedes Benz G-Wagon, Range Rover and others.

These day goes by the name Mr Mclaren on Instagram and has posts highlight his fine taste in cars, travel and good food

Mawuli Young-god is also a member of the AMG music group and a social media ‘rich kid’ plying the same route as his forebears. His songs glorify scamming, getting rich quickly and women.

For an upcoming artist of his calibre with no verified stream of income and mainstream acceptance, his show of wealth and purchase of expensive wine bottles costing to the tune of $2,000 and more is quite problematic.

Mexico City, Dubai, London, Johannesburg, Victoria Island in Lagos are all in the list of destinations former Miss Malaika contestant and model has visited on vacation.

She is also a goddaughter to Ghanaian lawyer, socialite and businesswoman, Sandra Ankobiah.

With a new home in Trasaaco, one of Ghana’s most expensive real estate and fledging career, Dromyreda is slaying hard on the gram.

Kevin Fianko Ofori is a US-based Ghanaian entrepreneur and musician. He is signed to Criss Waddle’s AMG Records and is known by his social media moniker, Kevin Fianko AMG.

Fianko had his basic and high school education in Ghana before relocating to the United States.

He recently graduated with a degree in chemistry from the University of North Carolina.

A friend to both Ghanaian and Nigerian music acts, the young act has been spotted with the likes of Davido, Kwesi Arthur and Medikal.

His lavish lifestyle as a social media ‘rich kid’ precedes his identity as a musician with expensive cars, clothes and cash as evidence. Just like the others, he is notorious in the fraud and online scam business.

The exciting life of Dulcie Boateng, owner of the Female Plug and other businesses could make a good script for an award-winning series.

Boateng has a degree in Human Resource Management from Wisconsin University and has worked as a bottle girl at Club Onyx as well as several roles as a promo girl.

Her well-toned body coupled with her jet-set life and fashionable clothes could make any of the Kardashian sisters insecure.

Dulcie Boateng is the poster child for the 21st Century social media ‘rich kid’ with so much at her disposal.

Chairman/C.E.O of Baron Group Of Companies.

Another social media rich kid who is always on the lips of netizens is the Chief Executive Officer of his titular organisation, Baron Group of companies.

He also holds the position as Chairman of the same company.

Baron 1 Entertainment and Money Farm Records are also subdivisions of his business empire.

A rotund figure, Baron is a quiet fellow who enjoys his bounty in the comfort of his palatial homes and his women.

As an investor and C.E.O of his conglomerate, Jibril’s name comes up as one of Ghana’s rich social media personalities.

His companies include a real estate company, an agro-business and group of student hostels.

Just like the others, the source of funds cannot be accounted for and has been fingered in a litany of exposés as a “game boy”; accusations he’s yet to respond to.

His travels, homes, cars and opulent style of living are well-documented on his Instagram and Snapchat accounts, where he has amassed a considerable amount of followers over the years.

He was also the owner of the defunct Classroom Lounge in East Legon.