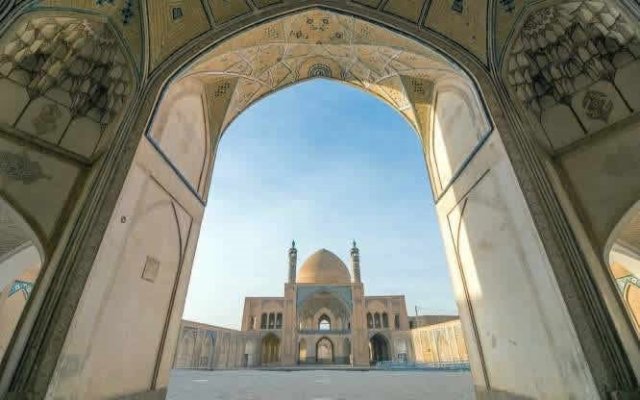 The title of the world’s most travelled person is subject to much debate and competition.

There is a list of those who claim to have seen every single country on the planet (and then some, when you take into account territorial quirks), and a website dedicated to documenting who has been where and whether they can prove it.

Holidays these are not.

But amid all the clamour, there is only one person who holds the Guinness World Record for being the youngest person to travel to every sovereign country in the world, before the age of 25.

James Asquith, born and raised in Hertfordshire, is now 30 and has used his experience to launched travel app Holiday Swap, which allows people to exchange their homes with others for trip accommodation.

Though his title is in the bag, James remains a keen explorer, with a social media following into the hundreds of thousands. Telegraph Travel asked him which 10 countries in the world are his favourites, and which five he would not bother with again.

The 10 countries everyone should visit

I’m often asked my favourite country in the world, and for one individual destination, the US wins hands down. This surprises a lot of people because they expect something really obscure, and absolutely, I prefer the culture in other countries, but the US offers such a varied package.

Sure, if Europe was a country, with its cultural and historical diversity it would be different, but it isn’t. No one country offers the range of nature, from Hawaii to Alaska, Yellowstone to Yomsemite. Add onto that the culture of the Deep South, Tennessee, New Orleans, and California versus New York, and you have one country that offers it all.

Beautiful and varied scenery, from Amalfi to Venice, Italy is a dream destination. And don’t forget about the sublime food; you have to roll me out of this country every single time I visit. Here’s a strange one: try gelato with balsamic vinegar in the Emilia Romagna region – one of the many strange food combinations that work surprisingly well in this incredible foodie destination.

Everyone seems to have a different perception of Iran from what they hear from the media. My experience is that this country is rich in culture and history and for the most part has an incredibly outgoing, smart and welcoming population. Tehran is a huge and buzzing city, but there is so much to see across Iran.

Temples, shrines and cherry blossom, Japan is an incredible country that varies dramatically between seasons. No two visits here are the same, and if you like sushi, you’re in for a treat. Add to that efficiency and safety and Japan becomes an immersive cultural experience for solo traveller and families alike.

India has to be on everyone’s bucket list. This continent in itself can be a bit daunting on first visit but with such a rich culture and history, there really is nowhere quite like it. What’s more, you could easily travel around India for several months and still feel like you haven’t even touched the surface, such is the size of this remarkable country.

Is there anything more beautiful than a sunset with some Greek food and wine over the Aegean Sea? You would be hard pushed to find it, in my opinion. Athens for history buffs, and the multitude of Greek islands from Santorini to Mykonos are as close to perfection as you can get.

From the Amazon rainforest to the beaches of Rio de Janeiro, Brazil has a spirit of its own; it is the party capital of the world. Brazilians are so welcoming and fun-loving that a trip to this vast country always means you come away with a multitude of experiences, and often new friends, too. Not to be missed is the blossoming restaurant scene in São Paulo, often overlooked for the stunning setting of Rio.

One of the most underrated countries in South America, and perhaps the world. Everyone knows Peru for Machu Picchu but it offers so much more. Rainforest and desert combine and meet in one of the most culturally diverse capitals in the region, Lima.

The Japanese roots of one of Peru’s former prime ministers has cultivated a fusion in Peruvian cuisine, which is certainly one of the highlights of any trip.

One of the smallest countries in the world, Tuvalu is simply bizarre. As few as two flights a week means that after the planes have gone, the runway becomes the public hub of this tiny South Pacific island – hardly surprising considering it takes up about half the land. But locals and the few tourists alike mix and play all sorts of sport in the daytime at the airport, and by nightfall, you have the world’s largest sleepover where locals drag their mattresses under the stars to sleep under a cool breeze.

Buenos Aires has long been called the Paris of the South. But despite a third of the country’s population living in and around the capital, there is a lot more to the country than the cosmopolitan appeal of great (and plentiful) steak and wine. Who doesn’t like penguins right? Well, head to the end of the world and you shall be rewarded in Ushuaia. Stunning scenery and glaciers in El Calafate are another must see. Come to Argentina once, and you won’t want to leave.

And five not to bother with

It might seem easy to select five countries that may appear dangerous, those suffering from instability and war. However, countries including Iraq, Afghanistan and Yemen are some of the most stunning and culturally rich destinations I have been to, and look forward to returning to.

One – heavily monitored and censored – visit here was enough for me. It is completely true that you only see what you are allowed to see, and by having two guides with you 24 hours a day (even waiting outside your room) a visit to North Korea is heavily supervised. I would love to return at a different time to see the real DPRK but for now, a visit feels like a procession of lacklustre national achievements.

The world’s youngest country, forming in 2011, to fanfare and hope. This hope was short lived and constant tribal fighting and civil war has meant that South Sudan has actually gone backwards in progress since its inception. What is there to see you may ask? Not much.

The US Foreign Office advises against all travel to South Sudan

Considering some of my favourite countries in the world are in the South Pacific, what a disappointment Nauru was. Polynesian culture is so rich and varied that it was shocking to find the only real cuisine option in Nauru was Chinese. What happened to the South Pacific heavy fare that I love? You could do a lap around the island in a few hours, stay in the one hotel, and then feel like you had probably still been here too long. You could always play with the stray cats though.

Unwelcoming to tourists to say the least. Having visa troubles is never my idea of fun, but Mauritania was particularly difficult to get in (and out) of. Spanning a vast area of the Sahara, it is debatable whether there was enough to see to make a trip here worth it in the first place. But, if you are a sand enthusiast, this could be the place for you.

The US Foreign Office advises against travel to Mauritania

Another nation plagued with in-fighting and civil wars, CAR was somewhere that I genuinely felt consistently unsafe. Would it warrant another visit? Maybe in the next life.