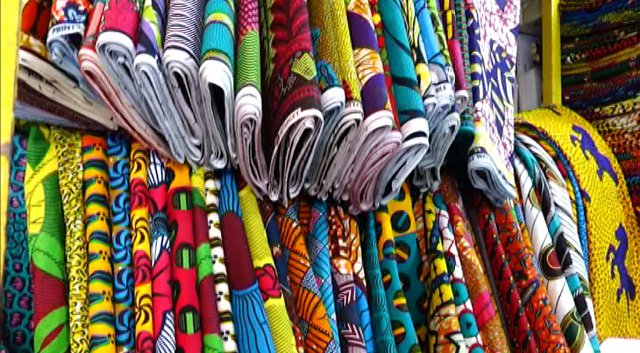 The Ghana Standard Authority (GSA), has embarked on an inspection exercise to Makola and surrounding markets to clear off substandard textiles from the market as part of its mandate to provide quality assurance.

Some shop attendants and owners upon seeing the GSA enforcement team, locked up their shops and took to their heels before the team could get to them.

The Authority, also faced some level of resistance from the traders, who started chanting protest songs after the Authority took samples of some suspected textiles for laboratory test and closed some three shops.

While some of the traders gave excuses for selling substandard textiles, others insist their textiles were not inferior although they had locked their shops to prevent the team from carrying out the inspections.

For instance, Madam Efia Therezah, popularly known as ‘Mama Thez,’ said government should ensure constant supply of Ghanaian textiles such as the GTP and others to discourage the influx of the foreign substandard ones.

She said the closure of the textile shops would not help, saying the only remedy was to ensure that the local textiles were sold at affordable prices.

In an interview with the Ghana News Agency, Mr George Kojo Anti, Business Development Manager at the GSA, said the Authority, upon gathering intelligence and verifying the influx of fake textiles on the Ghanaian market, decided to carry out the activity to clear them off the market.

He said there were reports from some members of the public that a number of imported textiles on the market did come through the approved routes and hence the Authority could not attest to its authenticity.

He said the Authority was committed to ensuring that the public did not consume substandard products.

Mr Anti expressed shock at the rate at which the shops were closed by the traders, when brisk business was ongoing and noted that the traders who did not close their shops deal in high quality and certified products.

He said the Authority was not there to stifle business growth but to facilitate trade and protect consumers from consuming substandard products at the peril of their lives.