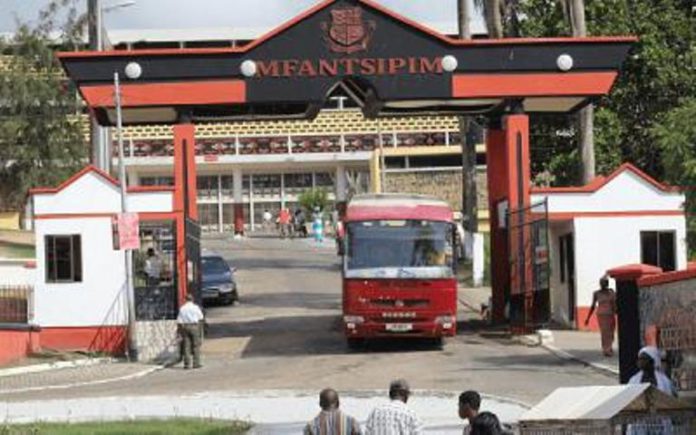 Some parents and their wards cried together at Mfantsipim school Compound in Cape Coast on Monday as they thronged the School with their baggage, mattresses and chop boxes in their attempt to secure admissions.

The crying was because many of them could not fathom why their wards were denied admission after they were placed by the Computerised School Selection and Placement System (CSSPS and given prospectus, with the reason that names of their wards were not on the list.

Some of the disillusioned parents coming from far and near said they spent between GH¢1,500-3,000 after their wards were given placement.

When the GNA got to the School around 0930 hours on Monday, police personnel were deployed to help maintain law and order at the campus.

ALSO: I can’t advise people where to invest anymore – Agyinasare

The students, numbering about 200 showed the GNA documents of placement from the school to buttress their claims, but were eventually asked to seek redress with the Regional Director of Education.

Some affected students with disappointment written on their faces said they were stranded as authorities insisted that their names were not on the list they received from the CSSPS secretariat.

“Now, our fortunes are uncertain as fresh students have already reported and academic work will soon start,” a prospective student said.

Another student who went with the parents from Juaboso in the Western Region North and had aggregate 12 earlier remarked that “all my nights of studies just to be in my dear school has fizzled out. My hopes are gone and I can’t comprehend what is happening here”.

A parent who spoke on condition of anonymity narrated how her son who had aggregate seven (7) was posted to the school and was subsequently given a prospectus, but did not find his name on the final list posted on the information board.

ALSO: Audio: Akufo-Addo is the only person who can sack me as a Minister – NAPO

She bought the items in the prospectus totaling GHC 3,000 and returned only to be told that his name was not on the school’s list and that her son could not be admitted.

Another father, who spent two days in Cape Coast, lamented how others had to shuttle back and forth from different parts of the country in an attempt to resolve the anomaly, but all proved futile as their luggage remained in the open and at the mercy of the weather.

Attempts to reach the Headmaster proved futile, but a notice on the information board indicated that a total of 1020 students were offered admission including; 655 and 365 for green and gold respectively.

However, at St. Augustine’s College, Mr. Francis Addo-Mensah, Assistant Headmaster-Academic confirmed the admission processes which commenced on Tuesday were smooth and progressing.

Unlike Mfantsipim school, minor hitches encountered were rectified with dispatch to ease any commuting distances of parents that arrived from across the country.

The school registered a total of 389 students out of 500 fresh students are expected to increase the total population of the school to 1,500.

He stated clearly that, students who were self-placed did not have their names on the school portal and this could mainly be a problem originating from café fraud.

He again noted that they suspected at a point that the CSSPS were hacked and that forced them to update their placement list, yet after printing a new list, it tallied with the old one.

It was no different at the Adisadel College as an official who spoke with the GNA on condition of anonymity gave the assurance that admission was peaceful and calm since it started on Monday.

They were expecting 569 fresh students for both tracks but revealed that there were more vacancies for prospective students.