The three teacher unions, following a High Court order against their strike, have called off the industrial action.

“In consequence to the court order dated Wednesday, December 11, 2019 to call off the nationwide strike which commenced on Monday, as law abiding citizens, we do so forthwith,” the unions said.

A statement signed by the General Secretary of GNAT, Thomas Musah, on behalf of the three teacher unions thanked members for their support and solidarity.

Meanwhile, it added that the unions’ next line of action would be communicated to the rank- and-file in due course. 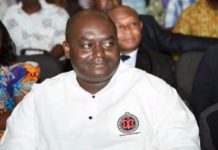 There was no meeting to decide strike – Sam Pyne