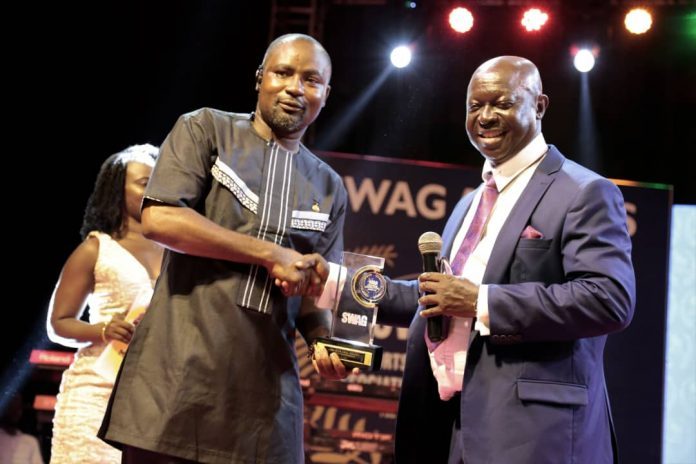 Charles Osei Asibey, known in media cycles as ‘Barrister’,
was awarded for his exceptional contribution to the success of SWAG and sports
development in general.

Kwabena Yeboah eulogised Osei Asibey’s dedication and
commitment to the growth of SWAG and the Armwrestling Federation and urged him
to keep up with his good works.

As President of one of the youngest but successful National
Sports Federation in the country, Charles’ unique contribution to the
development of sports in the country cannot be overlooked.

As a Federation President, he stood against all odds to host the 2018 Africa Armwrestling Championship in the country which was described by many as one of the well-organised sporting events in the country.

He has also been Chairman of the Planning Committee for
the MTN SWAG Awards night which has always left patrons wanting to see what the
Association has in stock for the following year.

Speaking to the media, Charles said he was grateful to
the SWAG President and the entire membership for the honour done him and
assured him and the Association of his unflinching support to the development
of sports journalism and sports in total.