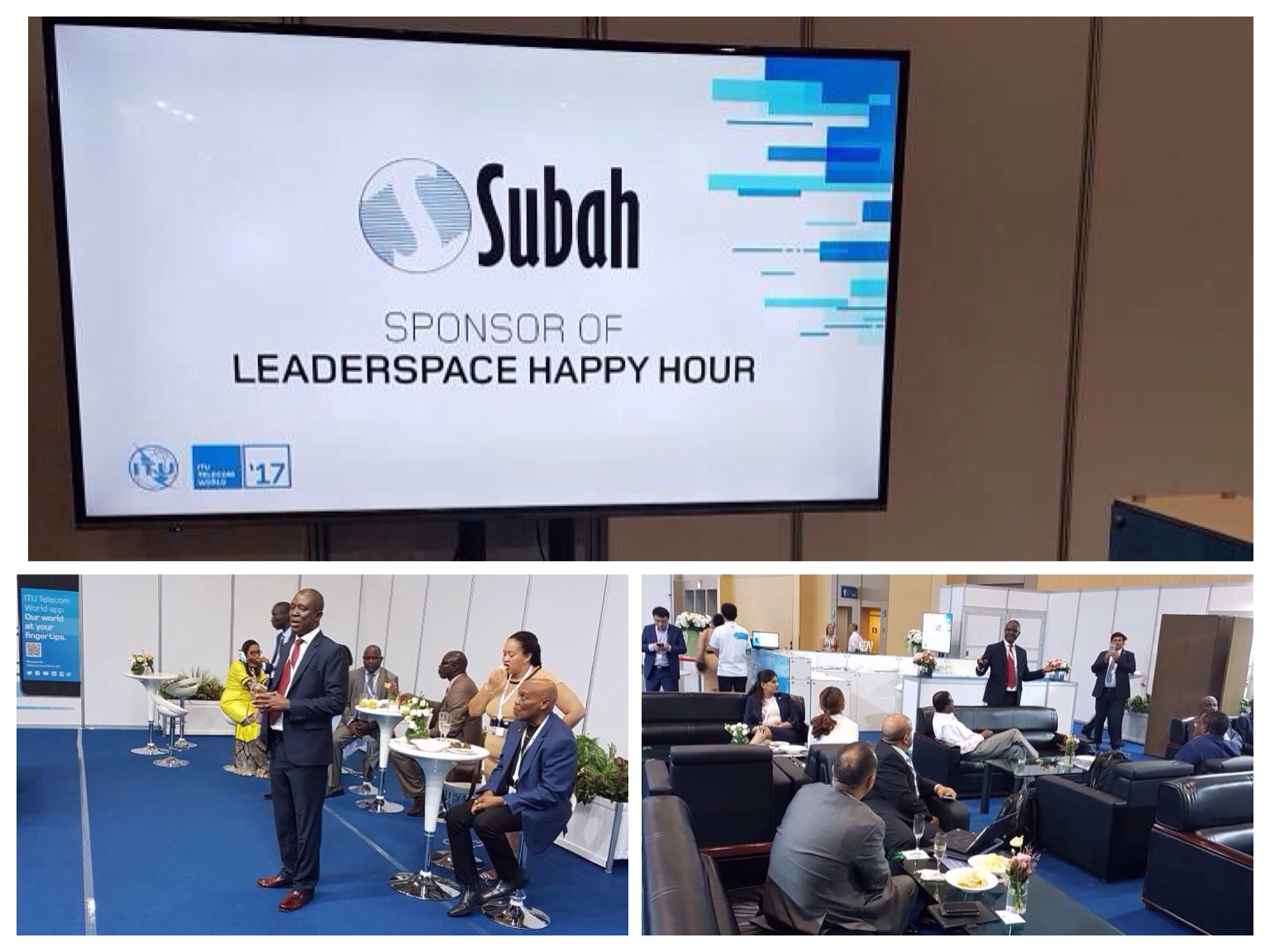 It was the first time any entity (country or company) has held an event dubbed Happy Hour at any ITU event in the world; and it was held at the plush LeaderSpace on the massive floor of the Busan Exhibition Complex (BEXCO).

The event was attended by several dignitaries, including the Deputy Minister of Communications, Nenyi George Kojo Andah, who is at the head of the Ghana delegation to the conference.

Director at Subah, Redeemer Kwame told Adom News when they proposed the idea to ITU, the latter was a bit nervous because it had not been done before, but in the end “it was a very successful event.”

The Subah Happy Hour was easily one of the dedicated platforms for business to business and business to government networking that the ITU factored into this year’s event.

It provided the unique and unprecedented opportunity for representatives of governments and private sector to network in a relaxed atmosphere over drinks and light food.

Redeemer Kwame said Subah alone, struck about five revenue monitoring and fraud management deals during the Happy Hour, adding that the representatives from Somalia who attended the event “actually wanted us to go with them to Somalia straight from Busan.”

He was confident that others who attended the event also found it worth their while.

Meanwhile, going to the ITU Telecom World 2017, Subah sponsored the ITU App downloadable from both Apple Store and Google Play Store. The App provides vital information about the event, including the program of events for the whole conference, venues, locations of each booth and more.

Redeemer Kwame said Subah believes the membership dynamics of the ITU can change from just an all countries affair to even private sector memberships, “and so we are using this occasion to show what we can do if get the privilege to become a member of the ITU.”

According to him, Subah is known for providing ICT solutions to challenges facing governments and large-scale organizations, and it is in keeping with that reputation that it decided to provide the ITU 2017 App, which offers solution to the thousands attending the conference.

He said at the exhibition, Subah is showcasing not just its successful revenue monitoring and fraud management solutions, but also its GIS mapping solution dubbed Advent GIS, which is arguably the best GIS mapping system in the world today.

According to him, the system is designed to enable easy and accurate location of various residential and commercial buildings to enable local government authorities to know the exact revenues to expect from each building within their respective localities.

“With such as system each local government authority knows the status of each building and what rate applies to them and for that matter how much property rate to expect from each locality every month,” he said.

He explained that such a system prevents corruption and siphoning of public funds because both the collector and the payer would have to sign off each transaction, and that can be monitored remotely on the phone of any manager in the comfort of his home or office.

“The special thing about Advent GIS is that the map has been zoned in such a way that each specific zone can be copied unto the phone or tablet of the revenue collector of the respective zones so they cannot confuse their area of operation with another,” he said.

Redeemer Kwame trusts that Advent GIS will be the bedrock of digital public address systems, mapping for state revenue mobilization and for tourism on the African continent and ultimately around the world.

“We believe this is the best for Africa because the existing ones like Google Map and others did not factor in features that can assist African governments to mobile revenue for development but Advent GIS makes that a number one priority before any one features,” he said.

Currently Subah is doing revenue monitoring and fraud management in some African countries and is about to connect others soon, and Redeemer Kwame is confident that with the interest showed so far in the solutions Subah is showcasing at the ITU World, it will even expand its footprints further into the continent and beyond sooner than later.