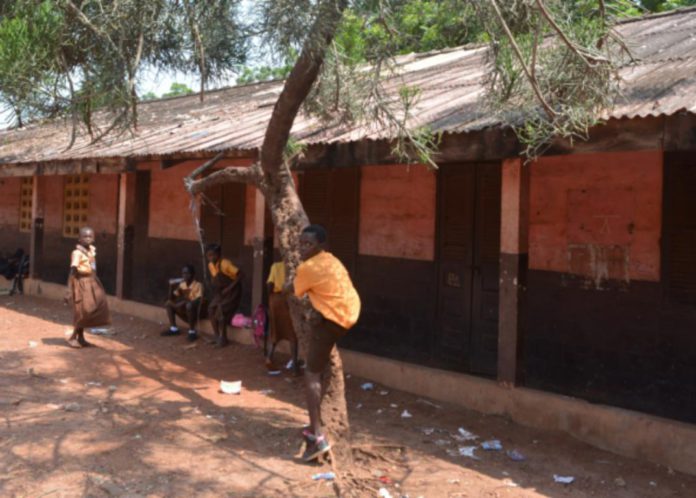 Teacher Unions’ strike action at pre-tertiary level is biting hard. Pupils at Accra Central’s Aaylolo Cluster of Schools enjoy unsupervised playtime. They arrive in class, drop their bags, and sprint down the school field to play.

Sweat dripped down their faces as they paced up and down the field, kicking a football as if it were the World Cup. Some students who were not participating in football games grabbed trees and climbed them. Others play card games, while students in lower grades sing.

However, amid all of the excitement and organized chaos, some of the students are worried and anxious. They are scheduled to take the Basic Education Certificate Examinations (B.E.C.E.) in October. They have stated that if the strike continues and they fail their exams, they will blame the government.

“On 17th October we will write our B.E.C.E. If all of us fail there is no one to blame but the President. Because he is the one who is taking care of our teacher and other school supplies.” This is a quote from a JHS 3 student Ibrahim Mohammed of Ashia Mills Basic School located at the Aayalolo Cluster of Schools in Accra.

Although his teachers are on strike, Ibrahim hopes that some of them will surprise them by showing up to teach.

“Yesterday three of our teachers came to school and taught us “Religious and Moral Education” and then left. But today no teacher has been here”. Another pupil of Ashia Mill, Adwoa Adjei stated.

The Pre-tertiary Teacher Unions went on strike on Monday, demanding a 20% Cost of Living Allowance (COLA) because high inflation, high fuel costs, and high prices for goods and services have eroded their salaries.

The students want the President to give in to the teacher’s demands so that they return to the classrooms to teach.

“Private school teachers are not on strike. We will be writing the same final examinations with them. Our parents are not rich that is why they brought us here. So, the President must pay our teachers”. Ibrahim Mohammed stated.

The Aayalolo Cluster of Schools has over 1000 students. There are eight (8) different schools that share a common compound. Children attend these schools from Agbogbloshie, Old Fadama, James Town, and surrounding towns. These areas are home to many of Accra’s poor.

Their parents, who could not afford good private schools, brought them to this school hoping that they would learn something and become prominent in the future; however, their teachers are on strike.

The students say the teachers’ strike is a source of great worry to them but they are also concerned about the poor infrastructure of their schools.

These schools are a death trap. The foundations of three schools are exposed and hanging. The pillars could collapse at any time, causing a disaster. The roofs have holes in them.

Two projects initiated by the NDC government have stagnated for many years, leaving the children of Aayalolo to study in a contemptible environment.

The children are in school, but it is clear that they are not receiving a quality education. If the teacher’s strike persists, these already vulnerable children will suffer even more. 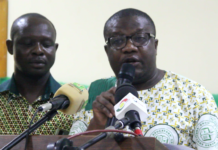