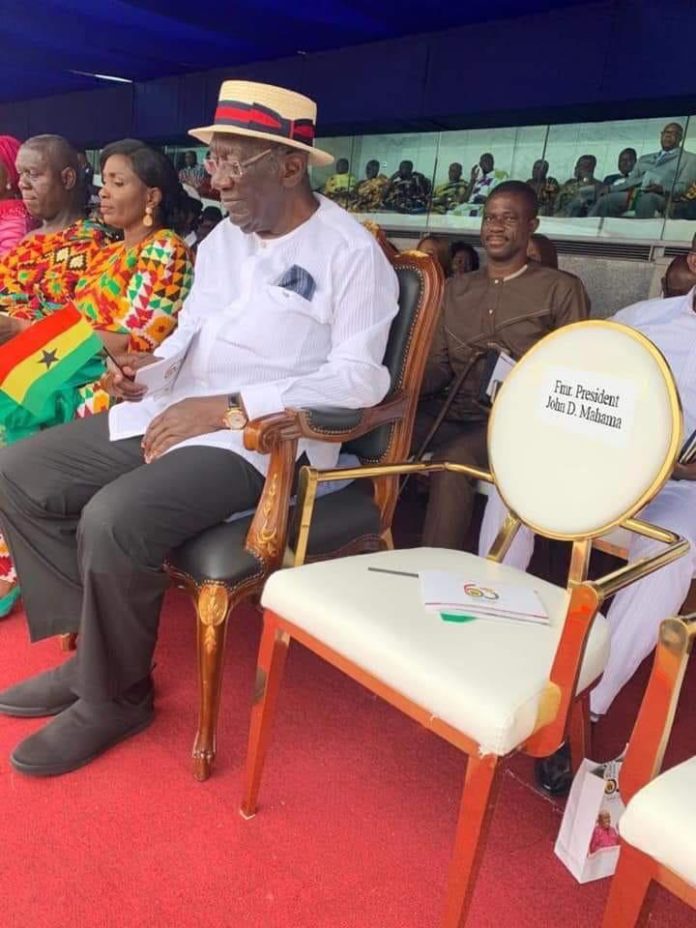 Aide to former President John Dramani Mahama, Stanislav Xoese Dogbe, has reacted to concerns raised about the absence of Mr Mahama and Rawlings from the nation’s 63rd Independence Anniversary held in Kumasi yesterday.

Airing his personal view on the ongoing discussion, Mr Dogboe said it was never mandatory for a leader of a political party or a former president to attend each and every event invited to just as is the case of the President himself.

Speaking further on the issue, he questioned the ‘concerns and interests’ of members of the ruling government in the absence of Mr Mahama at the celebration given the fact that their boss (President Akufo-Addo) hates attending functions which is also attended by Mr Mahama.

Stan Xoese Dogbe has this to say on yesterday’s events in Kumasi:

It is interesting how Brand #JohnMahama has completely overshadowed the 63rd Independence message of the President to the people of Ghana.

Or there was really no message, judging from the zeal with which social media hounds of the government and some news outlets chose to focus on the publication of a supposed empty seat of the former president at the Kumasi event.

Some government workers including a media officer at the Presidency, Charles Nii Teiko Tagoe, and supporters of the ruling party have tagged me in their posts of the supposed empty chair. Truly, I am still trying to understand what their concern or interests are, because their boss, Nana Akufo-Addo, does not like it, in fact he hates the idea of #JohnMahama’s presence at events and Programmes he’s also at.

1. It is a statement of fact that President Mahama is not required to be at each and every event he is invited to. And same applies to the President. That is why the VP Bawumia and other Ministers have and continue to represent him at various activities he’s invited too, and often after the invitations are accepted. Was the President at the annual 28 February Crossroads shooting incident and the Milo sponsored State Award for School Children? Are these indicative of him acting childishly and leaving these roles for the VP?

2. In Tamale last year, was former President John Agyekum Kufuor there, and is government suggesting that by his absence he did not act as a Statesman and therefore petty, knowing the seeming  discontent among some of his loyalists within the system?

3. Was President Rawlings at the Friday event in Kumasi? And why was his chair not labeled supposedly and photographed and circulated?

4. Now, it is important to point out that in Tamale last year, both Rawlings and Mahama were packed into a corner row in the stands, not among or along the VVIP row, for the ceremony. That’s obvious isn’t it? Why are photos been released of a supposed chair on the same row with Nana Addo and claiming that’s his seating place?

5. Was it not at the Tamale Independence event that Ghana Television, which was providing the live feed, was instructed not to capture the arrival of John Mahama, and throughout the ceremony, he and his delegation were cut out of the coverage? Was that not because the President was uncomfortable with his presence, and he was not even acknowledged when he arrived and sat down for the ceremony? So what is Akufo-Addo’s beef today, if he could not make it for yet another ceremony?

6. Let us remember that while President Mahama had and still demonstrates a great sense of oneness and respect for all, and has demonstrated it wherever he is and with all including political opponents, same cannot be said of Mr. Akufo-Addo. He crowned his abhorrence of Mahama’s presence with him at events with his embarrassing outing in September 2019 during the Kofi Annan International Forum. So why would Mahama’s absence at Friday’s event be a matter of concern to him and his people?

7. Now, are the Ceremonial Staff of the State Protocol Department telling us that their established norm is for the printing of huge name placement tags, splashed in the manner it was done, and the event brochure dropped on a VVIP’s chair, in the manner the photo depicts?

8. Are the Ceremonial Staff of the SPD working with the Political Protocol from the Presidency saying that the former president would have sat alone without even a seat for his ADC and/ or Aide/ National Chairman of the NDC behind him, given that the seats behind him were all occupied? Or in the haste to execute a political propaganda, these basic protocol facts escaped you?

9. Are the Ceremonial Staff and Presidency Protocol saying that they would leave a chair for a former president  at a time, they have for hours not spotted a member of his Advance and Protocol team, which is the basic SOP, and will leave a supposed seat even after the VP has arrived, the President has arrived and the SGH has arrived and the programme commenced?

10. Is the Presidency claiming that there were no officials of the National Democratic Congress (NDC) at the event, representing the former president and leadership of the party, the leader of which, they should have given Mahama’s seat to?

11. Are they also claiming that they did not see and deliberately pushed the NDC delegation into a ‘corner somewhere’ away from the cameras and refused to even acknowledge them, a similar thing they would have done if Mahama had attended. So why are they really worried?

12. Be it as it may, whatever made it impossible for the NDC leader and former president Mahama to be present for the 63rd Independence Anniversary Parade, President Akufo-Addo should obviously be a happy man for it, because it meets his desire not to have John Mahama at events and programmes he is also attending. This is a man who complains to even international organizations about Mahama’s invitations to their programmes and forums, and chooses to opt out if Mahama is attending. Lots of examples and he knows it.

14. Since when did it become mandatory for leaders of political parties and also by extension former presidents to be present at each and all state organised events? What about the ones that they are not invited to?

15. President Mahama and the NDC were adequately represented at the Kumasi event, and the NDC is well known as a party of consensus building, national unity and diversity than the NPP, and that fact cannot be changed.

16. In the full glare of Otumfuo the Asantehene and the PM of Trinidad and Tobago, was the national parade not turned into an NPP fun fare and party rally? Is that reflective of a party committed and desirous of a united Country?

17. Obviously, the President’s address was empty and John Mahama is selling far and better than the message, so continue to push and promote the Ghanaian Brand, #JohnMahama.

1. Did I hear that the male GTV commentators for the day actually claimed and stated so boldly, twice without correction from the Military Summarizer, that this was the first that the Ghana Armed Forces was holding a rappelling display at an Independence Parade? Really!! That’s false and the Commentators must expunge their false claims from the historical records.

2. The above is my personal view, as Stan Xoese Dogbe, and my contribution to the on going discussions. They are not the views of or a Statement from any Office I am associated with or the political party I belong to, the great NDC. 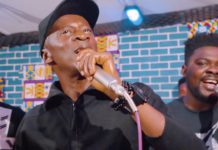 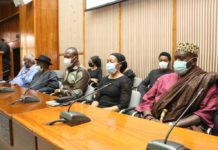