As the committee probing the Sputnik V vaccines contract prepares to submit its report this week, the Majority is demanding that the committee’s Vice Chairman, Kwabena Mintah Akandoh, recuses himself for making pre-judicial comments on the issue.

Mr Akandoh, whilst debating the Mid-year Budget Review Statement on the floor of the House, claimed the Health Minister, Kwaku Agyemang-Manu, had paid ¢16 million for the Russian vaccines.

This is despite the insistence by the Health Minister when he appeared before the Committee that he had not paid any money.

He said Mr Akandoh must step aside from the committee before its report comes to the Floor.

“It’s a very dangerous comment from him. Coming from a Committee of Health and a Vice-Chair of the committee that you [Mr Speaker] has set up to investigate the matter and report to this House.

“To make comments on the Minister of Finance’s statement is bringing his views on that committee to the floor, which is very dangerous,” he said on Monday.

Speaker Alban Bagbin disagreed with the claim that a pre-judicial comment was made saying “I don’t see this as a right point of order.”

The Speaker retorted that Mr Akandoh’s “individual” views at the time could not be considered prejudicial to the committee’s work. 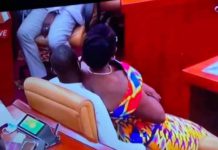