South Korea and the US launched eight missiles on Monday, in response to a volley of ballistic missiles fired by North Korea the previous day.

It comes as Pyongyang continues to escalate its missile tests.

South Korea’s president Yoon Suk-yeol said his government would respond sternly to any provocation from its northern neighbour.

“We will make sure there isn’t a single crack in protecting the lives and property of our people,” he said.

Speaking at a war memorial event in Seoul, he added that North Korea’s nuclear and missile programmes “are reaching the level of threatening not only peace on the Korean Peninsula but also in Northeast Asia and the world”, according to Yonhap.

Early on Monday, hours after North Korea had fired several missiles off its east coast, the two allies launched eight surface-to-surface Army Tactical Missile Systems (ATACMS) – one from the US and seven from South Korea.

Analysts say the moves are South Korea showing off its muscle, with the aid of US weaponry.

It is the second retaliatory display from the US and South Korea in as many weeks, with a similar move made last week after Pyongyang fired a series of missiles in the immediate aftermath of US President Joe Biden’s visit to the region.

Such displays had been rare under South Korea’s previous administration.

President Yoon, who was inaugurated last month, has pledged to take a more hardline approach on North Korea.

The isolated Communist state has test-fired dozens of missiles in recent months, including an intercontinental ballistic missile for the first time in five years.

The UN prohibits North Korea from ballistic and nuclear weapons tests, and has imposed strict sanctions after previous tests. 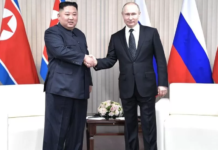 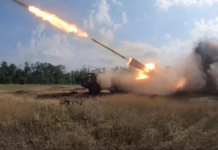 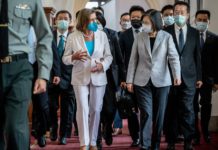 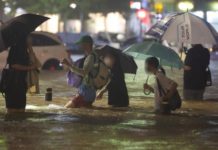