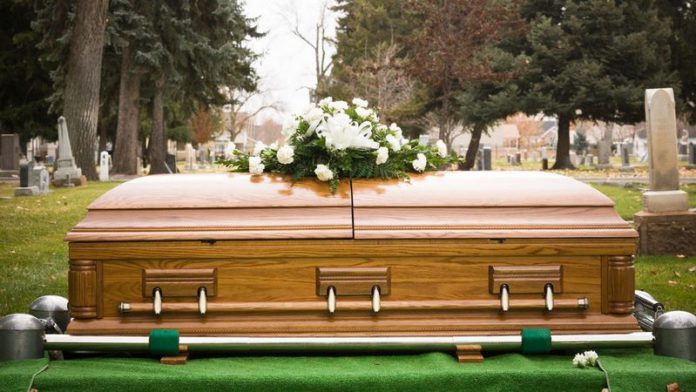 A grieving family was traumatised after finding a complete stranger’s body in their loved one’s funeral casket.

The other body was even dressed in Sonya White’s clothes, earrings and wig this week in Ohio, US.

Ms White, who was a mum, had died suddenly aged 51 and her devastated relatives organised a special viewing at the funeral parlour.

Lisa Harden, the woman’s cousin, said: “It was traumatic. No one should have to go through that with their loved one.

“I never in my life have seen something like this before.”

Lisa said family members were left in tears after the mix-up, for which the funeral parlour has apologised and agreed to pay for the services.

Kisha Givens, Ms White’s sister, told WBDJ7 : “Everything we picked for my sister, we picked with love. We picked exactly what we thought she would have liked.

“You expect your loved one when they pass to be handled with care, and to be that careless with someone’s family member is inexcusable.”

The family plans to file a complaint with the relevant authorities in Ohio.

Last year, two elderly men were placed in the wrong caskets for their respective funerals in Sydney, Australia.

Despina Nicolopoulos believed she was laying her late husband of 57 years to rest but her daughter discovered the horrifying mix-up.

To make matters worse, the family found their loved one, Angelos Nicolopoulos, had been buried two hours earlier.

Speaking last year, the widow’s son Bill said: “It shouldn’t happen to anyone.”