Dancehall act, Charles Nii Armah Mensah, popularly known as Shatta Wale, has sent out a warning to event organisers in the country who would want to contract him for shows next year, 2020.

Following the low turn out of fans at Cardi B’s concert in Ghana where Shatta Wale was billed to perform but did not show up, the Dancehall act has taken to social media to speak his mind.

Other rappers such as Medikal, Sarkodie and Joey B did not also show up.

According to Shatta Wale, promoters who will book him for shows must be sure the crowd would be up to his craft’s standard before he would step up the podium because “I am not that cheap,” he said in a post sighted by Adomonline.com.

“In 2020 if you organise a concert and the crowd is not up to my standard, brother anogo come! I am not that cheap my nigga 💪🏿👑 Artiste should learn how to read and sign a contract. I am a lawyer by myself 🤣🤣🤣.”

REVEALED: How much Ghana will save with new voters’ register

I don’t want to be President – Dangote [Listen] 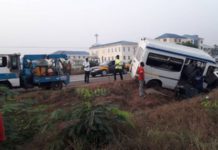 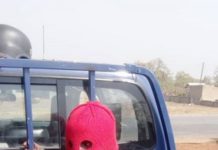