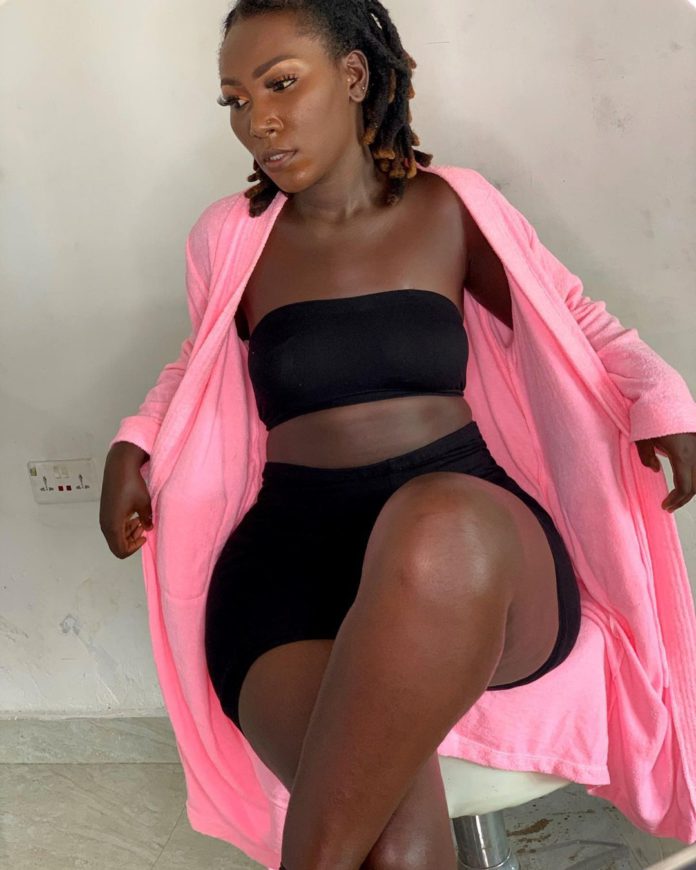 Fast-rising Ghanian musician, Choqolate GH, has once against dazzled social media users with new photos. The beautiful songstress, who looks just like Ebony Reigns, is arguably the most talked-about young talent on social media. In her quest of proving to Ghanaians that she has really come to stay, Choqolate has decided to put her beauty on display.

In a new set of photos, Choqolate, who is close to Shatta Wale, wowed Ghanaians with her look.

In the photos, Choqolate is captured wearing a pink dress and complimenting her looks with makeup. From the photos, she was seen seated revealing her inner black dress.

The photos have caught the attention of social media users as they shower love on her. @queenayorkor: “Happy new month love.” @africanchild1979: “Nice pose.” @achievingmygoals247: “Beautiful.” @turayhassanhassler: “Same to you baby.” @f2_nation: “Wow so cute.”

In the photo, it goes without saying that she is indeed capable of directing traffic to her social media handle with her post. She posted a photo of herself standing in front of a mirror in what looked like her bedroom. Choqolate GH appeared to be wearing some sweat pants and, as usual, flaunted what her mother had blessed her with in the form of her goodies.

Shatta Wale and Choqolate were recently seen jamming to Daddy Lumba’s love song in his car. Shatta Wale heaped praises on Daddy Lumba for his lyrical prowess as the video showed.

Shatta Wale said he and Choqolate were on their way to buy ice cream.