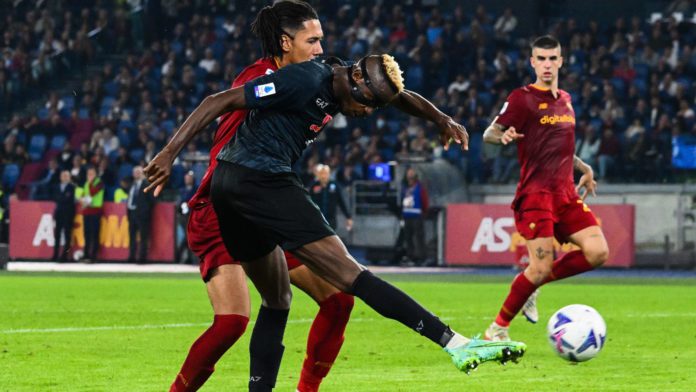 Victor Osimhen scored a wonderful goal as Serie A leaders Napoli beat Roma to make it 11 consecutive wins in all competitions.

The Nigerian beat Chris Smalling to a long ball before hitting a brilliant half-volley from a tight angle past Rui Patricio with 10 minutes left.

Luciano Spalletti’s side are three points above AC Milan at the top.

The visitors had the best chances and had a penalty award overturned by the video assistant referee.

Patricio brought down Tanguy Ndombele in the first half for a spot-kick but after consulting VAR, the referee changed his mind after seeing the incident again on the pitchside monitor.

Hirving Lozano was denied twice by the Roma keeper either side of the half-time break and Osimhen, making his first start in six weeks, dragged a shot just wide.

Jose Mourinho’s Roma – who did not manage a shot on target – remain fifth.

Earlier on Sunday, Lazio overtook Atalanta to move into third place with a 2-0 win.

Mattia Zaccagni poked in Pedro’s cross to put Maurizio Sarri’s side ahead and Felipe Anderson hammered in their second from the edge of the box.

Atalanta, who could have gone level on points at the top for a while with a win, had Luis Muriel sent off in the final minute for a second booking. 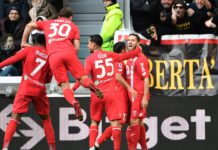 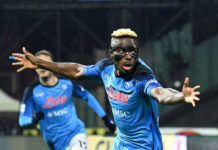 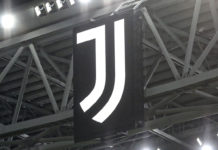 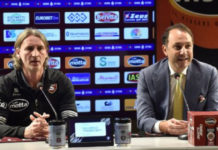 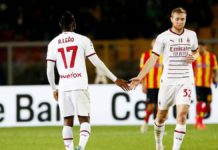 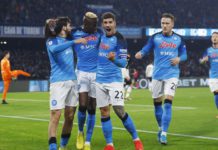