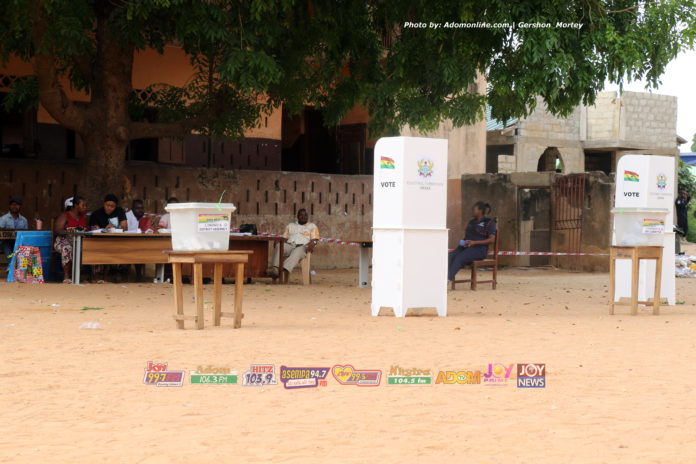 With a few days to Ghana’s general election, security agencies are leaving nothing to chance due to high stakes.

This is to ensure citizens feel safe before, during and after the elections.

One of such means is close collaboration among these agencies from military to police to Fire Service.

At the just ended operation ‘Ex Eastern Shield’, the agencies were battle-ready for the tasks ahead.

The three-day exercise conducted within Accra and Tema General area played various scenarios where security agencies were called into action to display readiness and pick up useful lessons.

Setting up and monitoring of electoral offices and joint military/police headquarters characterised the first.

Day 2 saw the military putting in their all in barracks defence at HQ Southern Command, Michel Camp, Wajir, Arakan and Gondar Barracks.

Commanders of the various security services were satisfied after drawing some lessons.

“The multi-agency came out well. The fire incident at Trade Fair had three of the agencies working closely. The Fire Service never anticipated that there will be roadblock and rioting.

“Having the Joint Taskforce Headquarters already set up, the message was relayed to the headquarters with the police and military responding swiftly to quell the riot,” he said.

He said the swift action by the joint team enabled the Fire Service put out the fire consuming a building and other materials.

“The training has brought out certain gaps which, going forward, we will harmonise those procedures and drills to make sure on the D-day we don’t leave anything to chance,” he indicated.

Unit Commander of National SWAT, Chief Supt. Theodore Hlomenu, who was coordinating with the military for the exercise, said they will continue to play their role to ensure peace.

“Police are in charge of internal security matters. We work together to ensure peace and do call on the military when the need arises.

“You realise that at the collation centre where the police were facing challenges, the military was called upon to step in and this was possible due to the Joint Command Centres set up at the Divisional and Regional levels,” he said.

According to him, the role of the media as a stakeholder is key, especially in the area of information sharing as it aids their work.

Chief Supt. Hlomenu stated they have had enough training for all personnel.

“The service has been training and is poised for any fire-related incident. We have not had such a thing in a long while. The exercise was a good one,” he said.

The security agencies said fear must not deter the electorate from voting on 7th December.